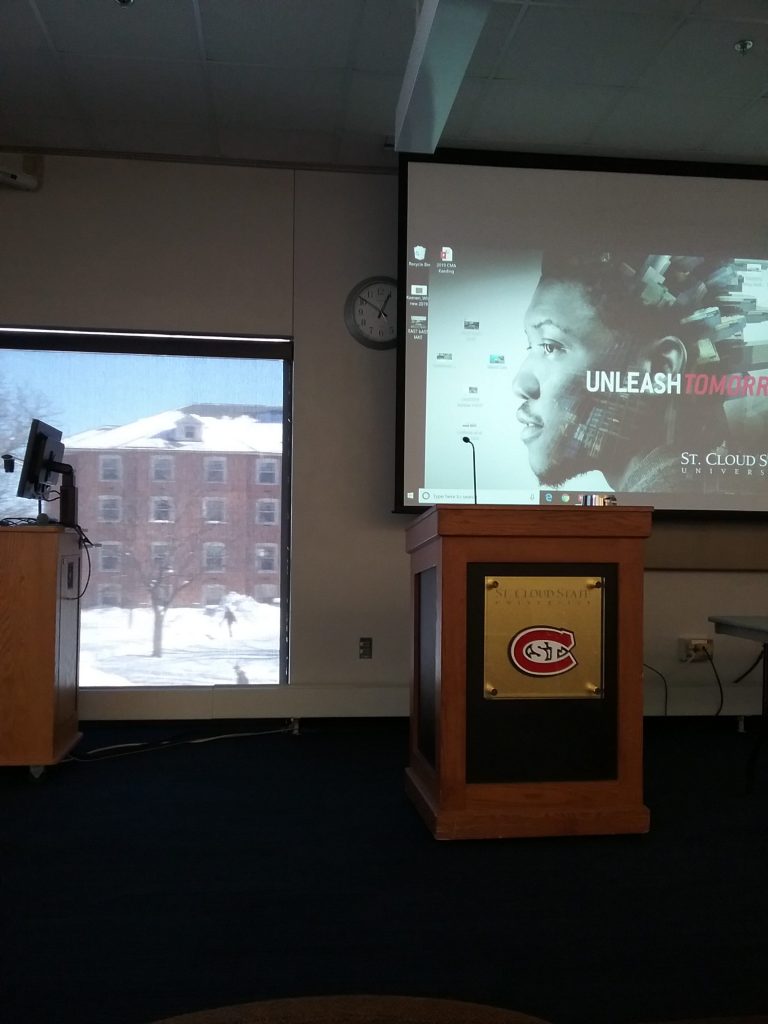 This past Friday I had the opportunity to attend the Council for Minnesota Archaeology’s annual conference at St. Cloud State University. A large portion of the conference was dedicated to celebrating the life of famed Minnesota archaeologist Doug Birk. I say “famed” not because Doug would have liked that term … he would have hated it … but because of the awe and regard in which so many of his colleagues, friends, and acquaintances held him.

Truth be told, I was always a little in awe of Doug because of how much history his mind held and the way he worked to put together larger theories and observations from the facts he had absorbed from his research and excavations. The man could put small details into the larger context of history, enriching everyone’s knowledge.

One example I can give of the importance of small details was provided by Doug in a speech on Lt. Zebulon Pike’s winter fort site, which is only a few miles downriver from my museum. The speech occurred in 2005, the 200th anniversary of Pike’s expedition up the Mississippi River to explore this portion of the Louisiana Purchase.

Pike and his men set out in August of 1805 and by October, they were running into an early winter in this area and set up the fort for shelter. The fort was close to the riverbank at that time, but now is under water due to the construction of Blanchard Dam south of the site. Doug, who pioneered underwater archaeology, located the site and had the good fortune to excavate it in the 1980s when the water was lowered for dam repairs.

In order to locate Pike’s fort and understand the history of the expedition, Doug studied Pike’s journals. Any explorer who was exploring territory unknown to them and the U.S. government in the era kept a journal. While Doug was studying the journal, he observed that the length of the entries was uneven, with some entries being relatively short and others being much longer. Somehow Doug deduced that the length of the entries was due to the phase of the moon, with evening being the only time Pike would have had to write. He was at the mercy of whatever moonlight was available for him to see by. When the moon was full, he could write more than when it was in other phases.

I was so impressed by this bit of knowledge, this deduction of something that seems obvious when it is pointed out  but takes a person capable of putting himself in Pike’s shoes to figure out, that I have remembered it since.

Doug did that sort of thing all the time, which I heard from his colleagues (most of whom also considered Doug a good friend) at the archaeology conference. He was inventive, creating systems and contraptions for screening artifacts and conducting underwater archaeology. He was artistic, drawing distinctive maps of archaeological sites. Rob Mann, associate professor at St. Cloud State and archaeologist who is continuing on with some of Doug’s research, said that he requested site maps of excavations with the idea that they should look like Doug’s and it took him a while to realize that only Doug could produce the maps he did.

The work of an archaeologist requires stamina due to the physical requirements in the field. Doug definitely had stamina, clearing sites of brush, tramping about on rough trails, scuba diving, and carrying his red pack. No matter how advanced he was within the field of archaeology, he was willing to do the grunt work.

Other words to describe Doug include meticulous, perfectionist, perpetually curious, and productive. Holy cow, was he productive! He was involved with archaeological projects all over the state of Minnesota, working on many projects for decades. A number of these projects were ones he intended to complete during his “retirement.” When he died suddenly in March 2017, Minnesota’s archaeology community reeled with shock.

Doug Birk was larger than life, in no small part because of the ethical way in which he pursued historical truths. However, while this wasn’t said overtly at the conference, there was a common thread underneath his colleagues’ stories about him. Doug was a guy who elevated the people around him, both by the example he led and by his encouraging words.

I know from direct experience that he was not stingy with praise. He would pop into the museum occasionally and we’d talk over the front desk. If he appreciated one of the articles I wrote for the newsletter, he would tell me so. He also asked me about a simple book-binding technique I use for small booklets we sell at the museum, surmising he could adapt it for his own future publications. (High praise, indeed!)

For as brilliant and accomplished as Doug was, he treated the people around him with esteem. He was one of those exceedingly rare people who never let success blind him to the humanity of others. He turned his love of local history into a lifetime career and inspired the people around him to care about that history through his infectious optimism. He was a pragmatic historian of the highest order.

The night after the archaeology conference, I had a dream. In it, just like at the conference, all sorts of people were sharing their stories about Doug and as they did, he came back to life. It’s the sort of dream you wish could literally come true, but, as Doug might point out about archaeology, by studying the past, by remembering a person, you can bring them back to life.