Alternate title: Creatures of Entropy
Written by Mary Warner in 2008

The work was done.

Gruff, convulsive engines lumbered their yellow beast bodies off into an anonymous distance and could no longer be heard.

The fumes of their diesel breath had cleared.

Stasis had been achieved.

The pavement was pristine, resting on a bed of crushed gravel.

Black perfection so slick and pitch night rain pooled
and shone on it like beaded mercury.

The engineers and road builders liked it this way.
Neat, tidy, sterile.

They had wiped their hands and patted each others’ backs
in satisfaction of a job well done.

This pavement would last a long time.

The asphalt was too black, so dark that it swallowed light whole,
gobbled it right up.

The pavement was too clean.

The heat of the heavy roller had mashed errant specks of sand
and the odd, tiny stone into the tar until neither were distinguishable
within the hardened goo.

The pavement was lifeless.

“As above, not so below,” said the Creatures.

They knew that the earth beneath the pavement was alive, but suffocating,
unable to draw even the smallest gasp of air.

“This will not do,” they hissed.

Yet, they waited, lying at the threshold of dormancy until the time was right.

A cricket chirruped in the hay mat along the edge of the pavement.

A crow guffawed in a nearby maple with fire-tinged leaves.
Another crackled in response from atop an arthritic oak.

A spider rappelled off a coreopsis. When it reached the ground,
it abandoned its sticky gear and glided en pointe
toward the barren expanse.

Brown ants dug their way from underneath the soil beside the pavement, mustered a military line, and lock-stepped to the hot perimeter for a closer look.

The Creatures of Entropy stirred, rubbing the lethargy
from their knees
and elbows
and eyes.

They slunkered toward the pavement, murmuring their plans amongst themselves. They transmitted low frequency vibrations into the ground, marshaling the forces around them. There was no leader within the group, for all knew what must be done.

To punctuate the gravity of their task, one of the Creatures periodically
pounded fist to palm and muttered, “As above, not so below.”

And the others replied, “This will not do.”

The ants’ antennae swiveled,
their sensitive ends receiving instructions from the Creatures of Entropy.

They began moving sand onto the pavement, grain by grain,
scattering it hither and yon.

Friction was needed and the sand would provide it.

The spider worked at the edge of the pavement,
spewing and spinning a gluey mass,
attaching it to the asphalt, then pulling it away.

Bits of black tar lodged in the mass,
no longer contributing to the great black impenetrable sheet.

Several Creatures assisted the spider, yanking loose balls of tar
out of the pavement’s side and tossing them into the hay mat.

Teams of Creatures piled together and followed ant tunnels
to random locations underneath the asphalt.

They heaved, straining their muscular backs in an effort to crack the expanse,
while the cricket screeped, “This will not do,” to help them time their efforts.

As Creatures at the forefront tired, others stepped in to replace them.

The crows flew over, cawing and excreting.

No longer would the asphalt gulp down every photon of light.

With the arrival of the pavement,
the Creatures knew that giant metal exoskeletons
would soon zoom in on round rubber feet.

They’d unwittingly assist the Creatures,
even though it was in their best interest not to do so. 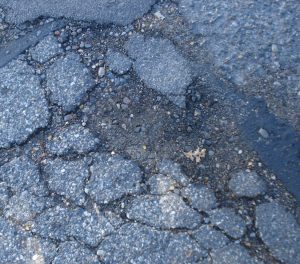 Working in concert, the Creatures of Entropy and their helpmates
slowly degraded the pavement.

Time was not an issue.

The earth below inhaled.

Seeds sprouted, having been tossed along wind currents
or dropped by the crows and their brethren.

Obstinate roots insinuated themselves into the gravel bed
and continued the tectonic shifts begun by the Creatures.

Leaves poked up, providing sentry service to those beneath. 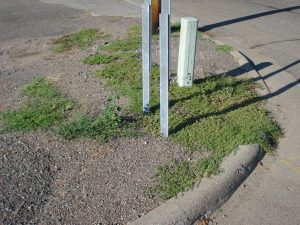 Life zagged and zigged in chaotic abundance across the pavement’s surface, reclaiming the void.

The Creatures of Entropy wiped their hands and patted each others’ backs
in satisfaction of a job well done.

As they lay down to rest, they murmured,
“As above, so below.”

1 thought on “As Above, Not So Below”