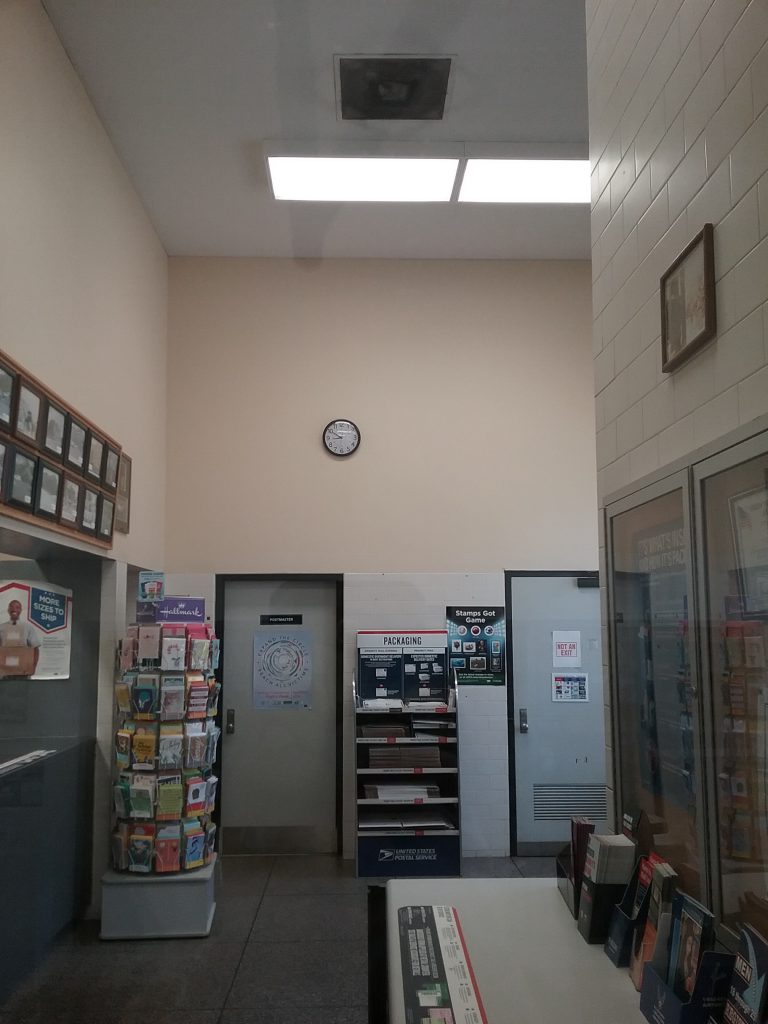 As so often happens with blog posts, a number of little things come together to make a much bigger topic. Such is the case with today’s post.

It started with a National Register nomination I was reading, was further reinforced by the mention of a local building in a city document, then developed into a full-fledged puzzlement followed by a really big question.

I sit on the Minnesota State Review Board, which is tasked with reviewing all state nominations of structures and sites to the National Register of Historic Places. The nomination I was reading, which I won’t name specifically because we aren’t through the process yet, had an older portion of the structure that was being nominated for the Register, but not a newer addition, even though the newer addition is actually old enough to be on the Register.

This is not uncommon. Additions are often tacked onto older historic buildings long before they are eligible for the Register because people need to adapt structures to their changing needs. Some of these additions are sensitive to the original structure, some are not.

Case in point: The U.S. Post Office in Little Falls, Minnesota. This was the building mentioned in the city document that I referenced above. So, while I’m noodling over why the nomination for a structure wasn’t arguing for including the addition in the nomination, I have a local example smack me in the face. You see, downtown Little Falls is a locally-designated historic district that also includes buildings on the National Register. The U.S. Post Office, however, is not considered a contributing part of the district, even though it was built in 1916 and is incredibly distinctive with its giant Corinthian columns at the entrance.

Why is it not part of the local district (even though, frankly, I think it should be on the National Register)? Supposedly because of the “modern” addition on the back. I don’t know when the addition was built, but it was done sensitively enough that it is difficult, though not impossible, to tell it is an addition.

See what I mean from the photos above? The addition on the back has a different cement/stone detail at the top that indicates it is not part of the original and the windows are more modern, but otherwise it blends beautifully with the original. These small details indicating differences between historic structures and their additions are purposeful. They are what most architects try to achieve when altering historic structures.

This is why I am puzzled over why this Post Office is not even a contributing part of the local historic district. Especially in light of the nomination I read with an older building with a modern addition, wherein the older building is being considered for the National Register, but the modern addition is not. Why hasn’t at least the older portion of the Post Office been considered as contributing, even if the addition isn’t?

But, an even bigger question is: Why aren’t modern additions being considered as part of the overall historic structure, particularly if these additions are within the age guidelines of being at least 50 years old?

As I was puzzling over all of this, I happened to watch an episode of Grand Designs. This is a British show hosted by Kevin McCloud. Kevin follows homeowners through the process of building their dream homes. Many of the homes are unusual in some way, whether ultra-modern or environmentally sound or really huge or quirky. During the episode I watched, which involved an Irish man attempting to build his dream house within the ruins of an old castle, Kevin said something that seized my synopses.

He mentioned that the castle ruins were a Level 2 historic structure.

There are levels of historic structures in the United Kingdom?

Why don’t we have levels here in the United States?

Before looking up the U.K.’s levels, I started imagining how levels would work.

* I would argue that we’d be hard-pressed not to find significant history with pretty much any structure. While the structure itself might be considered common or everyday, there were/are people associated with it and, as I have found in my years of local history work, pretty much everyone has an interesting history if you can pry it out of them.

Also, a case that proves my point with common structures is that we have seen several nominations for old metal water towers on the State Review Board over the last few years. Why? Because these water towers are disappearing from the landscape at a rapid rate. That makes the surviving ones, which are no longer common, more rare and worthy of preserving.

Now, my examples of levels for historic structures are off the top of my head and I’m pretty sure there are factors I haven’t considered, like structures that seem to fall between levels and how to determine where they should be classified. Or the fact that structures like Irish castle ruins might currently be a level 4 in my scheme, but once you shore them up and put a building inside, do they switch levels? It would make sense if they did, but then how do you manage the bureaucracy of level switching?

Judging by how complex the National Register process is here in the United States, creating levels for historic buildings would take loads of thought and trial-and-error to work out the kinks.

Listed Buildings in the U.K.

Let’s now turn to the how the United Kingdom deals with levels of historic structures. First off, they call them “listed buildings” and each country in the U.K. (England, Scotland, Wales, Ireland) keeps its own list.

England and Wales have the following levels or categories for their listed buildings:

Note that there are two Grade II categories on this list. The * (asterisk) makes a difference. 92% of all listed buildings are a Grade II, so Grade I has to be something special, indeed.

In the U.K., in order to do work on your listed building, you must seek special planning permission. You can’t just put up any sort of addition or tear down the building. When a building is listed in the U.K., it’s actually protected to a certain extent, which goes to show that the U.K. puts a somewhat higher priority on public heritage than it does on private property rights.

Not so in the United States. If you own a property that has been listed in the National Register of Historic Places, bully for you … the listing is only an honorific that provides no protection whatsoever (unless there are local ordinances that might provide protections).

I love how the National Register’s website answers this question:

“If my property is listed, future owners have to preserve it, right?

Wrong! Listing on the National Register is an honorific and does not overlay restrictions on a property owner nor does it mandate the preservation of that property in the future.”

Seriously. “Wrong!” is the response. That’s how much weight we give to private property owners in this country.

You can tear down the historic structure and all that happens is that it is removed from the National Register. Sure, people might be mad at you and you’ll have to deal with the public relations nightmare that ensues, but, hey, it’s only our public culture that’s being destroyed, right?

Toward a Grand Unified Theory of Preservation

Basically, in the United States, because we give primacy to private property owners over our larger cultural heritage, we have few protections for structures into which we put loads of resources. These resources include raw materials that are taken from the earth and transformed for our purposes, the transportation of these resources to the building site, the labor of the structure’s designers and builders, as well as the transformation of the land and landscape on which the structure sits.

The U.S. being the throw-away society that it is, we build structures that we don’t intend to last and we tear them down with abandon, most of the resources destined for a landfill. We do this with structures that are still useful, let alone those that have slipped into disuse and ruin.

This is why, in imagining my own levels of historic preservation, I include structures in Levels 5 and 6 that are not historically important. Significant resources go into constructing common buildings and structures, which makes them worthy of preservation, too. Once these common structures become unsafe or unusable as is, the materials within them should be recaptured or recycled.

If we had to consider the end use of structures, the full life cycle of the materials that go into them, how might we design structures differently? How might we use earth’s resources more thoughtfully?

In the meantime, can we have historic preservation levels, too?

2 thoughts on “Can We Have Historic Preservation Levels, Too?”