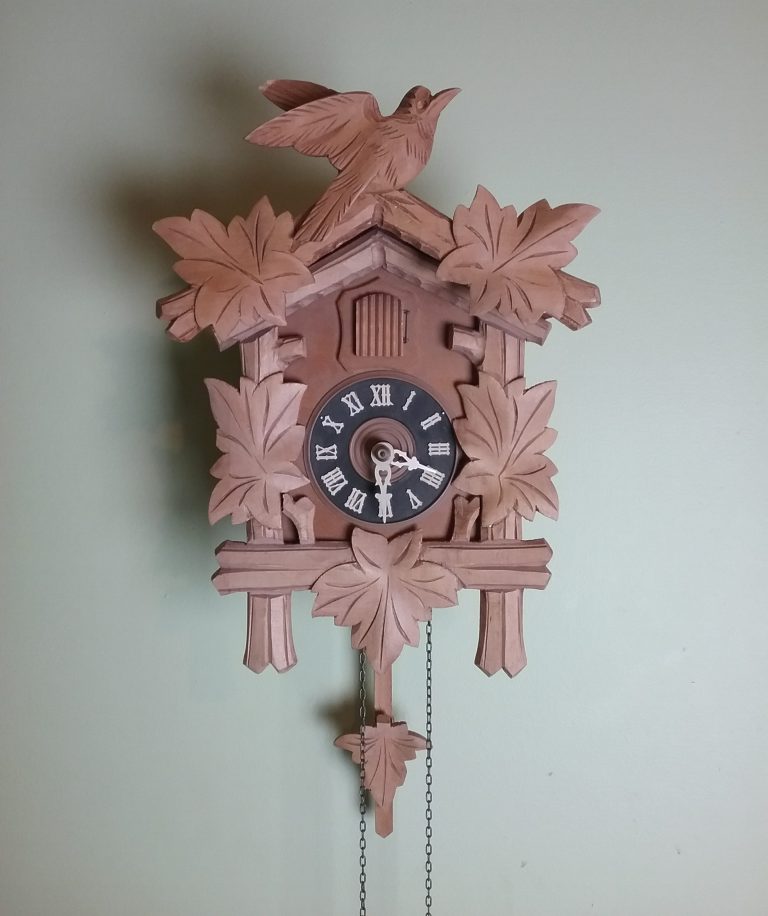 Remember learning about Johnny Appleseed as a kid in elementary school?

For my readers who may not have heard about Johnny Appleseed, he was a guy from the past who, we were told, wore a tin pot on his head and walked all over the place planting apple trees in America.

It’s a pretty vague mythic sort of tale. Where did this guy walk? In my kid brain, I imagined him walking all over the Continental United States, which surely was as big in Johnny’s time as it is now.

When did he work? I had no idea. I’m not sure the dates of his life were ever conveyed to us, not that I would have remembered if they had been. I would have had no concept of the context of his lifespan anyway. What else was happening while he was alive? I dunno.

And what was up with that tin pot on his head? Wasn’t it uncomfortable?

While the story of Johnny Appleseed seemed mythic, even back in elementary school, I do remember that he was a real person, John Chapman.

I did a bit of digging around online for the history of John “Johnny Appleseed” Chapman and it’s pretty interesting.

He lived from September 26, 1774, to March 18, 1845, which means he was an infant at the start of the U.S. Revolutionary War. He was just shy of 9 years old when the war ended on September 3, 1783. He was 14 when George Washington was elected the first U.S. president and the Constitution was ratified, so his birth and early years coincided with the birth of the United States as a distinct political entity.

The Louisiana Purchase occurred in 1803, basically doubling the size of the U.S., so we know from this that my childhood notion of Johnny Appleseed planting apple trees all over the entire Continental U.S. wasn’t correct.

Zebulon Pike’s Mississippi River expedition took place in 1805-06. Yes, yes, Lewis and Clark had their famous expedition in 1804, but I tend to want to tie unfamiliar past events, like the Johnny Appleseed story, to local past events so I can better grasp their context. As my museum is located only a couple miles up the Mississippi River from Zebulon Pike’s fort site in Morrison County, Minnesota, and I know the local Pike story better than the Lewis and Clark story, if I hitch Johnny Appleseed to Pike, I’ll remember the time period more easily. Appleseed was in his early 30s when Pike came through Minnesota. Was he planting trees, yet? We’ll get to that in a moment.

Through the rest of Appleseed’s life, there’s the War of 1812, the mass removal of Native Americans, the continued growth of the U.S., the Alamo, and the nation’s struggle with slavery, which led to the American Civil War in the 1860s. This is the milieu against which Johnny Appleseed spent his life.

Wikipedia has a well-sourced article on Johnny Appleseed’s history. He was born in Massachusetts and came west with his brother in the 1790s. Johnny’s father came west in 1805 and met up with his sons in Ohio. It was apparently shortly after this that Johnny apprenticed with an orchardist, thus kicking off his tree-planting career. Recognize that date? Yep, it was the start of the Zebulon Pike expedition mentioned above, so now I’ve got a time period I can hang my tin hat on for the Johnny Appleseed story.

And, yes, he did plant trees, but as nurseries, not as willy-nilly trees planted all over the place, as the Wikipedia article points out. He “introduced apple trees to large parts of Pennsylvania, Ontario, Ohio, Indiana, and Illinois, as well as the northern counties of present-day West Virginia.” While we have a romanticized notion of Johnny Appleseed, he was considered eccentric in his time, wearing pretty sketchy clothes, including that tin pot on his head, going barefoot, and maintaining a wandering lifestyle.

Why am I going on and on about Johnny Appleseed, you might rightly ask.

Because I was reminded of him after seeing a couple of recent articles on how planting trees might help us mitigate the effects of climate change.

According to a study published in the journal Science and reported by the Associated Press, if we plant a trillion trees along with cutting emissions, we could cost-effectively fight global warming because trees sequester so much carbon dioxide. Scientific American provides another, more science-y article (than the AP) about the study. It also discusses some of the challenges of planting so many trees, including the fact that global warming may make it difficult for them to grow.

JSTOR Daily directly confronts the many challenges of planting a trillion trees, asking in its article title on the subject, “Could a Trillion Trees Really Save the Planet?” We’d have to be careful about where those trees are planted, making sure to place them in areas that are near already-forested places and choosing a diversity of tree species that match those already there. We’d have to manage these new forests, which means cutting some trees, which could mean releasing the carbon dioxide stored in their trunks. However, I found this particular fact from the article especially interesting:

“Carbon will be released from storage in a tree if the tree is burned, left to rot, or used for a disposable purpose like fuel. A tree that is converted into a structural beam, furniture, or some other long-lasting, maintained wood product will continue to store carbon in its new form so long as the product is in use.”

Apparently all that mid-century modern wood furniture my husband and I worked to restore wasn’t simply an act of historic preservation; we were also keeping carbon sequestered by maintaining the furniture rather than letting it be tossed in a landfill.

Here we get to the (apple)seed of the issue: Environmental preservation IS historic preservation and vice versa.

Frankly, if we don’t get a handle on global warming and climate change, human beings will have difficulty surviving into the future, at which point historic preservation is a moot point.

For those of you thinking that our earth has undergone climate change in the past and this is just another blip in the climatic cycle radar, not so fast. As discussed by the Smithsonian, another new climate study in which scientists examined climate data from around the world shows that past climate “events like the Little Ice Age and Mediaeval Warm Period, driven by natural variability, were actually more regional than global in scope.” Further, “the only time in the past 2,000 years that nearly all of the Earth has undergone significant warming or cooling is the present period of change that began in the 20th century ….”

We own this, folks. Now what are we going to do about it?

How about going all Johnny Appleseed on climate change and planting some (many, many!) trees? You won’t even have to wear a tin pot. Unless you want to, of course.

There’s a well-established organization that can help: The Arbor Day Foundation.

The Arbor Day Foundation has been planting trees since 1872, only 27 years after Johnny Appleseed died.

The Time for Trees is their current initiative to plant 100 million trees around the globe and inspire 5 million tree planters to go forth and plant trees by 2022, their 150th anniversary.

You can make a donation directly to the initiative or you can become a member of the Arbor Day Foundation. And membership is cheap, cheap, cheap! For $10, you can become a member and get 10 trees sent to you so that you can plant them, or you can get a $10 membership wherein you have the Arbor Day Foundation plant 10 trees in an established forest on your behalf. You can get gift memberships for the same price.

I can’t think of a less expensive way to tackle climate change on a personal level.