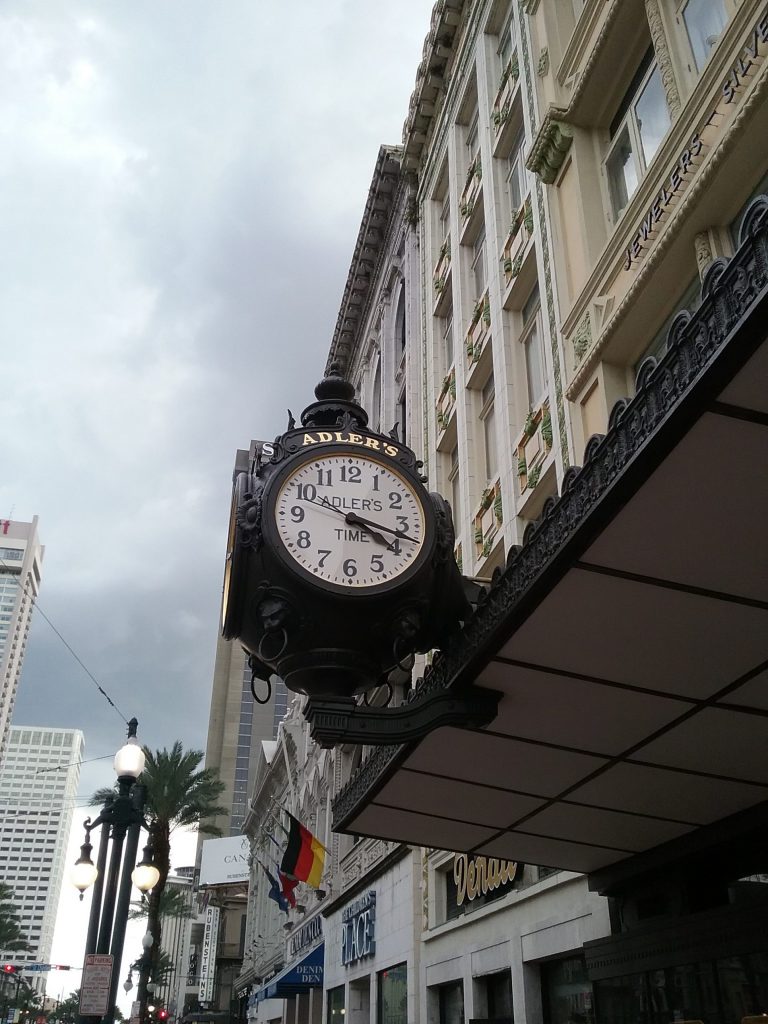 When I was a high schooler in the 1980s, travelogues were events wherein people who had gone on trips to exotic places would bring back slides and present them with commentary for a public audience. This was at a time when PowerPoint and digital slide decks didn’t exist, so these were physical slides (little squares of cardboard with a transparent photo film in between for those who have never seen a slide). At the time, most places around the world were considered exotic because people did not travel as much as they do now. High school students certainly didn’t; now high schoolers and college students are not considered well-rounded unless they have traveled out of state or out of the country on a school-sponsored field trip.

Having just returned from a trip to New Orleans, Louisiana, (NOLA), I’m going to treat you to my digital travelogue. Try not to doze off because I’m going to tie this to a larger message about how history sells a community.

Along with experiencing all these places, we suffered the oppressive August heat and humidity in NOLA as we traveled from one to another on foot. We were told many times by locals that August is not usually a busy season for them because of the weather and we marveled at the locals who were working strenuous jobs while wearing jeans out in the heat. We also learned that we couldn’t walk at our typical scurrying-in-the-cold Minnesota pace because that just heated us up faster. We had to sloooooow down and find respite in one of the many wonderful restaurants.

We had to try local foods, like gumbo, fried chicken, fried catfish, alligator, and po’ boys. I enjoyed a marvelous shrimp/spinach/strawberry salad at Gumbo Ya-Ya. There were two Mediterranean restaurants in the French Quarter that served exquisite food, Mona’s on Frenchmen Street and Cleo’s on  Decatur Street. But my favorite dish of all was debris. Or should that be capitalized? Debris. While that might sound like something you’d dredge off the bottom of the Mississippi in NOLA, it’s actually the heavenly bits of beef and juice left behind from roasting a chunk of beef. I had Debris at Mother’s Restaurant, just around the corner from the Eliza Jane.

From the waitstaff at restaurants to the hotel personnel to the bartenders to the folks at museums and shops, starting with our Uber driver Jerome and ending with our ride to the airport from Kerry Roby of Kerry’s New Orleanian Transportation Service, everyone one we talked to knew a great deal about the history of NOLA and they were willing to share it. They were using history to sell NOLA. Because they were proud of the city, they were happy to share and they were authentic in their recommendations. We went to NOLA with very little pre-trip research and we ended up finding fabulous things to do and places to visit and eat based on what local folks suggested.