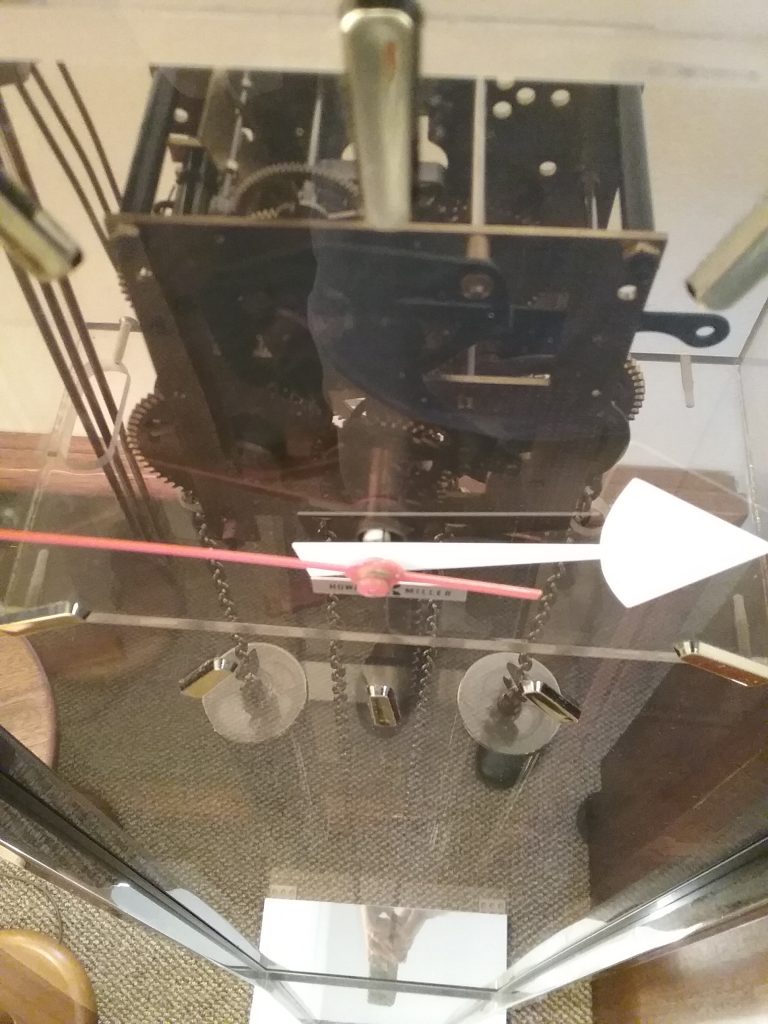 At the end of October/beginning of November 2019, my husband Erik called my attention to the astonishing accomplishment of one of our high school classmates, Steve Peck. Steve, who was known as Casey as a kid, grew up the street across from me. He became an architect and one of his buildings made the news recently.

Steve designed a building that is a giant guitar for the Seminole Hard Rock Hotel & Casino in Hollywood, Florida. The guitar features a light show across its surface each night. Because the building is so large, there is no missing it. Truly, this is an impressive feat, one to put Steve in the history books.

As Erik considered this accomplishment, he got to wondering what he has done that’s been of any note within his lifetime. Because his working life has consisted of restaurant work, manual labor, and social work, he feels he has left nothing permanent behind that people will remember him by.

This line of thinking was not helped by the fact that we watched Coco around the same time. For those of you who have not watched Coco, you must. This Disney film is fantastic. It features the story of Miguel, a budding musician within a family that has turned its back on music due to the actions of a past family member. Within the course of the story, Miguel ends up in the Land of the Dead. In the Land of the Dead, when those who are living no longer remember or honor someone who is dead, the dead person completely vanishes, no longer existing, even in the Land of the Dead. It’s a tear-jerker of a movie, so have your tissues ready.

Naturally, the idea that your memory is only kept alive so long as someone remembers you is part of what drives people to make an impact on the world. We try to become famous for the books we write, the songs we record, the art we make, the scientific discoveries named for us, the buildings we design. This long-lived fame of the creator is a theme that appears in Coco, and it weighed heavily on my husband’s mind regarding his own impact on the world.

Because, of course, creators tend to be remembered longer than those who have done work that leaves no apparent and attributable physical artifact behind. According to an article from CityLab, Lee Vinsel, assistant professor of science and technology, and Andy Russell, historian of technology, both of Stevens Institute of Technology, believe we need to pay more attention to The Maintainers. These are the folks who keep things operational through their “[often] unnamed, unseen, and underpaid labor.”

As the article points out, we desperately need The Maintainers in order to keep structures and systems and society running smoothly. The Maintainers include restaurant workers and caregivers and those who perform manual labor of all types, like garbage removal, one of the jobs my husband held at one point in order to maintain our family and household.

I tried to point out to Erik that he has left things behind that are important. He has rescued all sorts of furniture from decay and landfills by restoring it and sending it along to new homes. As he rightly responded, who knows he was the one who had done this work? The designer of a piece of furniture is remembered, but the finisher is never known for their work. Point taken.

But, Erik has also built a couple of coffee tables, which we family members made him sign, so there is that small remembrance of his furniture work.

Also, Erik started a community garden called The Soul Patch as a college project that brought 1,000 pounds of fresh produce to our local food shelf each summer during the three years he ran it. This looks like the sort of project that might vanish without a trace once the food was all eaten, without Erik getting any recognition for it, yet The Soul Patch got third place in the first year of the Minnesota Community Foundation’s Idea Open. (Look! There’s Erik’s name on the Idea Open website!)

Erik downplayed this accolade, as most of us do when confronted with our accomplishments, because what we do never seems like enough, does it? He said it was ironic that I work in a museum whose whole purpose is to help people remember the past, but how will he be remembered beyond family and friends?

He actually answered his own question there.

Museums, especially local ones, collect information, photos, and artifacts that help all of us to remember who has come before.

From my work in a local history museum these past couple of decades, I have observed that there are one or two people within each generation of a family who are the family historians. The family historians may not appear in a linear fashion. Perhaps an aunt or a cousin is the keeper of the larger family history. But these family historians are also out there keeping people’s memories alive, just like Miguel’s family in Coco when they put up family members’ photos for the Day of the Dead.

I am, pretty obviously, one of my family’s historians. And you can darn well bet that I have been leaving traces of my husband behind in all the calendar journal entries I make, photos I take, and blog posts I write (like this one!). Not only is his basic family information on file at my museum, the website I created for his furniture business, Erik G. Warner Decorative Salvage, is already archived through The Internet Archive’s Wayback Machine. (That site, which features some of his refinishing work, continues to get more hits on a monthly basis than The Pragmatic Historian even though it hasn’t been active in months. That’s impact.)

If I have anything to say about it, my husband won’t be forgotten. This post is my history-love letter to him, another way to leave a trace of him in the world.

This is the work of historians, to keep traces of people while they are alive so their memories will remain once they have passed.

P.S. The Herman Miller clock illustrating this post is the sort of mid-century modern decor Erik is attracted to. It was sold through MidModMen+friends, the shop of friends of ours in St. Paul where we sold most of the furniture Erik refinished. I love the inner workings of this clock and thought a photo of them would best illustrate the quiet work The Maintainers do, often in an unseen way.