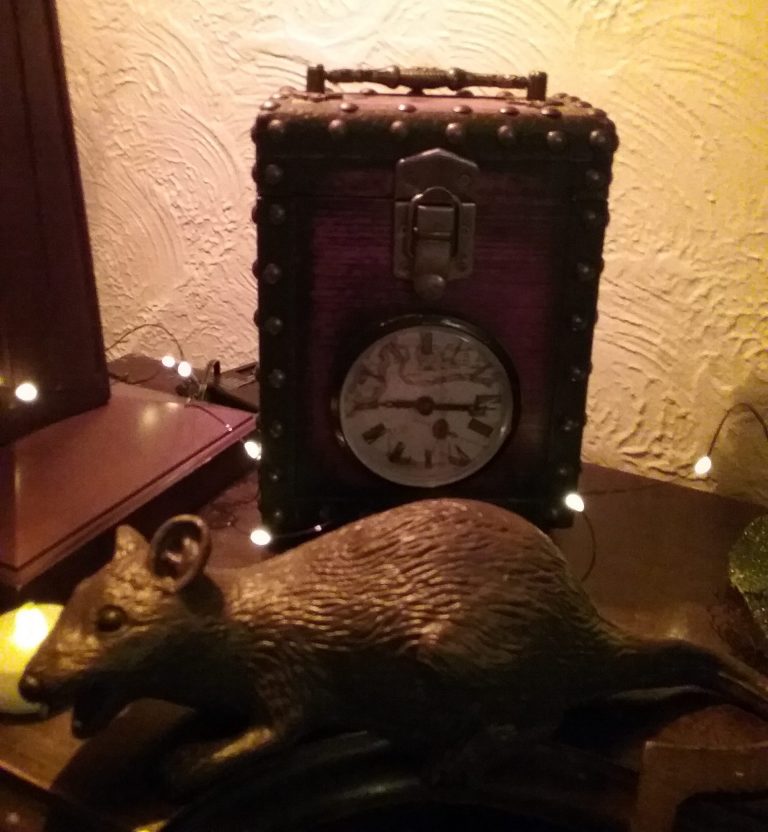 Upon the recommendation of others, my husband started watching The Curse of Oak Island recently. This is a reality show series from The History Channel wherein a couple of brothers and their team search a 140-acre island off the coast of Nova Scotia for a supposed buried treasure. The search for this treasure has occurred by various parties over the past 200 years.

My husband got a few episodes in before I sat down to watch. Immediately, I found myself reacting to the show the way historian Clare Dale tweeted about recently.

In the case of The Curse of Oak Island, what makes me shout at the program is the history methodology. What this crew appears to be doing is running all over the island digging holes wherever they think their “clues” are leading. There appears to be no attempt to use proper archaeological techniques, like creating grids or shovel testing or doing much of anything in a systematic way. They do call in experts, like people who can identify artifacts or the divers who dropped themselves into the scary 27-inch shaft called 10-X that has zero visibility. But, they also consult with people who believe the treasure is the Ark of the Covenant, at which point the credibility of anything they are doing breaks, as far as I’m concerned.

When it comes to archaeology, once a site is dug, it is essentially destroyed. Archaeologists must have learned this the hard way, which is why they so carefully grid and document sites with photographs and drawings as they investigate them. If they can use tools like ground-penetrating radar and metal detectors or aerial photos to get a look at sites before digging commences, they do. The team on The Curse of Oak Island does avail itself of these sorts of tools, but just to get started, then it’s immediately on to digging with things like backhoes.

The team actually runs into a problem caused by a past careless excavation that led to a stone with markings being dynamited. If that wasn’t a lesson in slowing down and taking things carefully, I don’t know what else is going to do it. Not only are they destroying potential future evidence with all their hole-digging, they are also mucking up the ecology of the island.

Naturally, to make things more exciting, there is a curse that comes with seeking the Oak Island treasure. Six men have died in the course of finding the treasure; supposedly a seventh must die before it is found. Which makes for great ratings and a sense of urgency, I guess. I know I was on the edge of my seat when the first diver went into 10-X. Only, this time I was shouting (internally) about how irresponsible it was to put people in danger for a stinkin’ treasure.

Another show from The History Channel that makes me want to shout (or curse!) at the TV is Ancient Aliens. The premise of this show is that past people were idiots who couldn’t possibly invent anything without the help of aliens interceding to share their technology. During one episode, I heard the argument that there was no evidence that a particular culture could have built a specific city/community/set of structures because they supposedly didn’t have the know-how (i.e. they were stupid). No evidence?!? What are the structures you’re investigating if not evidence?

I’m not the only one who gets irritated by what is presented on Ancient Aliens, however, a couple of archaeologists I follow on Twitter have found creative ways to use the material for teaching.

Professor Sarah Parcak, whose book “Archaeology from Space” I wrote about in October, uses Ancient Aliens as a way to teach her students critical thinking:

Here’s a Twitter thread by archaeologist David S. Anderson about how one alien theorist and a producer of Ancient Aliens took evidence out of context. You can learn a lot about history from Twitter if you follow the right people.

Anderson has apparently discussed Ancient Aliens with his students because they surprised him for Halloween by dressing up as “alien construction workers, complete with pyramid blueprints, and one archaeologist running around trying to cover them up!”

While historians and archaeologists can and do respond with humor and creativity to such sensationalized history, it can be a curse for history organizations and museums. Because of such shows and human psychology, the general public comes to expect museums to present sensationalized history, too, from ghost tales to gruesome murders to unsolved mysteries, and will reward us with large audiences for such topics. But, if we present equally fascinating, less emotional, garden-variety history, it falls flat and the public stays away.

I’m sure this is what The History Channel discovered eons ago when they produced more actual history shows. Not enough people watched them and they resorted to sensationalized history to boost audiences. They’re just responding to public demand, which museums must watch, as well. But, if we slip too much into the woo-woo tales, we risk doing a grave disservice to the rest of our history and to our communities, who need the down-to-earth history to stay connected and to exercise their critical thinking skills. We can’t all live on the marshmallows of curses, never-to-be solved mysteries, buried treasure, conspiracy theories. and ancient aliens.

Are there other shows using sensationalized history that drive you to shout at your TV? If so, share in the comments.