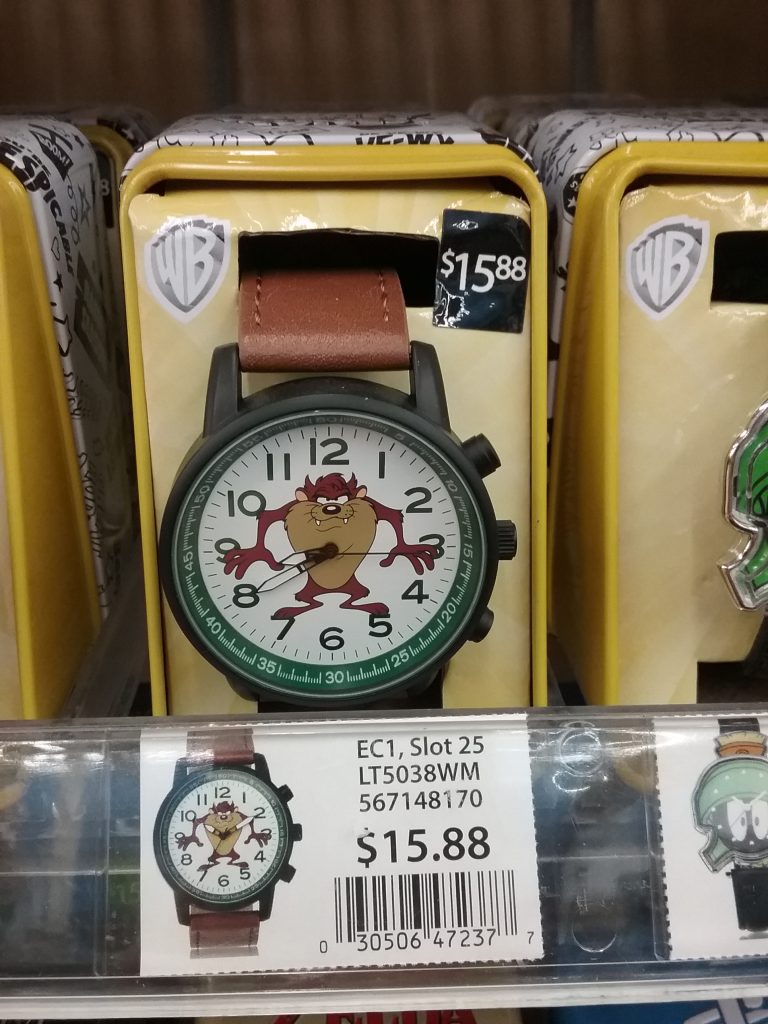 The Saturday before Halloween this year (2019), Hubby and I were invited to a Halloween party. A costume is never really required, but people who attend this annual shindig tend to have fun with their costumes. They are usually pretty clever. (This year, one person came as “A Blessing in Disguise.”)

Erik and I are not really costume people and we typically try to figure something out at the last minute. This year, we actually had the idea early, but didn’t put it together until the day of the party.

During Erik’s former furniture-picking forays, he found a couple of Halloween masks from the 1980s. While they are not quite vintage in terms of age (an item has to be at least 50 before it can technically be called “vintage), the masks certainly make us feel vintage. They are precisely the sort of masks that were popular during our youth.

So, my idea was that we should wear these masks for Halloween (instant costume!) and Erik’s idea was to make the chintzy, plasticky, vintage costumes that often came with these masks. We would be dressing as ourselves when we were about 7 or 8 years old.

One mask is of Bugs Bunny; the other of Road Runner. There was no question that I would be Bugs because Bugs was my favorite character from childhood (loved his charm and smart-alecky attitude).

As a kid, I had a blue dress with white Swiss polka dots and a white apron with a picture of Bugs on it that was my favorite dress of the time. I wore it to the wedding of my uncle and aunt, so there are actually photos. I was 8, which was precisely the age we were shooting for with our costumes.

Memory becomes vague over time, so we looked online for photos of these vintage costumes in order to get the look right. The Road Runner costume had green pants and a purple top. Bugs had a white top and blue pants. Both had pictures of their respective characters on the tops, which I find strange. It’d be like me walking around with a picture of myself on my shirt. Apparently, Bugs and Road Runner were navel-gazers. But, I digress.

Erik had a brilliant idea for finding a cheap plastic suitable to create our costumes. He suggested plastic tablecloths, which come in a multitude of colors. Off to a dollar store the Saturday morning of the party and we found the tablecloths we needed. We also bought some double-faced tape and markers.

When we got home, we got to work. With my experience in sewing clothing, we created smocks and a pair of pants for Erik on the fly. I decided to forego pants for my costume because my pants were close enough in color to work with the costume (and, frankly, we didn’t have time). We found images of Bugs and Road Runner online and printed them in order to trace them onto the plastic.

Erik suggested getting the orange, plastic pumpkin buckets and putting candy in them to complete the look. I said, “No, what we need is old pillow cases.” Because the pumpkin buckets were a new development in Halloween costumes when we were kids and mostly the more well-off kids had them. Ordinary schlubs like us used pillow cases from home, and always some faded old thing because our moms would have killed us if we’d taken the better pillow cases.

Here we are, decked out in our “vintage” costumes.

And, just like in the 1970s when we wore costumes like this, we could hardly see or breathe in the masks and the plastic made us sweat. We lasted about 20 minutes them. Oh, and the delicate elastic band that holds the mask on, which is working fine in these photos, broke as soon as it was go-time at the party and we wanted to make an entrance wearing them. On BOTH masks, mind you. What better reminder that we were historically the children of disposable consumption?

One person at the party immediately knew what we were going for with our costumes because she remembered longing for these cheap costumes, too.

Halloween is a great time to revisit history for costumes. What did you go as this year?