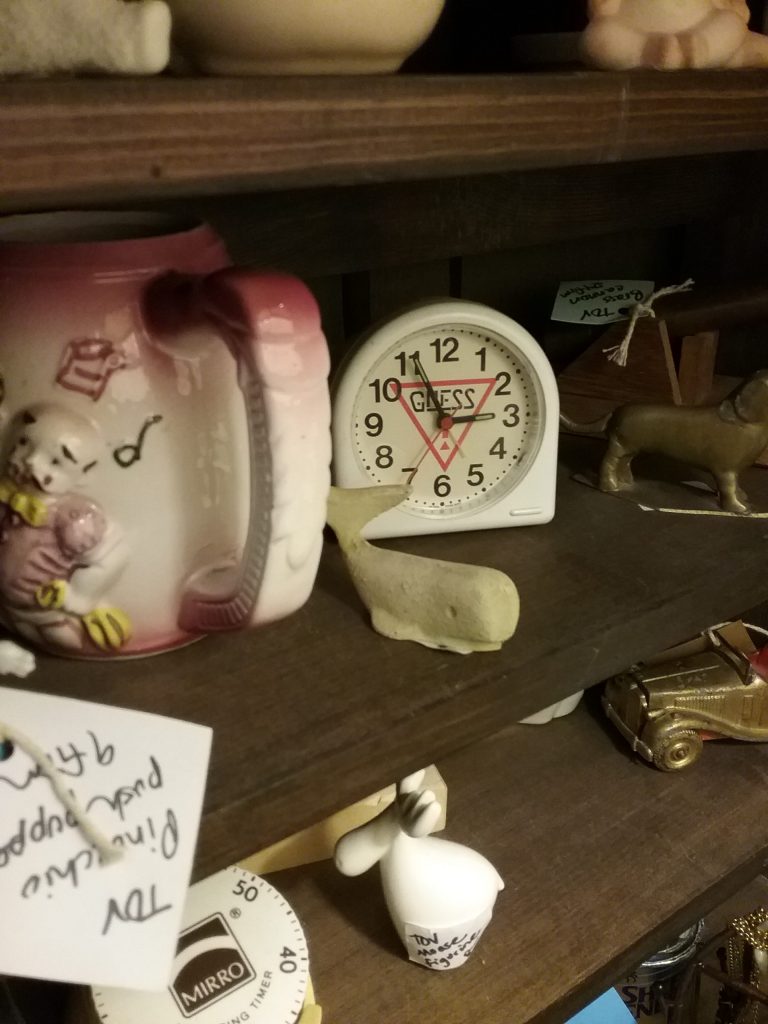 Today’s post is by historian and guest writer David Grabitske, who is the Site Manager for the Landmark Inn, a site owned by the Texas Historical Commission.

I remember the summer of 1980. I was 10 and it was the last summer my family lived in Maryland. The previous summer the family had gone to Ocean City, Maryland, on a premium of a time share company. The catch was the family had to sit through a sales pitch, which we declined. Our second visit to Ocean City resonates more with me as it had a profound impact on my thinking.

In the year 2002 I acquired the position of state chair of the American Association for State and Local History (AASLH) Awards Program. Having little idea of how best to proceed, I leaned on my long-time friend, Todd Mahon, who had a successful exhibit entitled, “Unsatisfied: Minneapolis Rock in the 1980s.” The exhibit was a smash hit tripling the Hennepin History Museum’s attendance for that year. I knew that this metric might make the exhibit award-worthy. Two notable scholars agreed and wrote solid letters of critical testimony. The national committee agreed, also.

When I attended the AASLH Conference in Portland, Oregon, I sat with the Awards Committee Chair, Mark Howell. He quizzed me on certain things about the exhibit. In conclusion he said, “Good. One of the longer discussions was over whether the events of the 1980s could be considered history. I’m glad it won its award. You have reassured me that the exhibit is good history.”

How Old Does Something Have to Be to Be Historic?

The National Park Service has a historic preservation guideline for evaluating buildings as historic, namely the building must be 50 years old. Even so, historic designation can be granted for buildings younger than 50 with “exceptional significance.” Time is a useful tool in evaluating history but isn’t a requirement. So, I can understand why that committee had trouble thinking about an exhibit about the 1980s as “good history.”

The 1980s. For me that decade represents a golden period. I suppose whatever decade one graduates high school is somehow a golden decade. Perhaps that’s why the summer of 1980 in my memory stands out as significant to my history career.

Two Cliffhangers of the 1980s

That summer of 1980 had two cultural cliffhangers that had everyone talking. The first happened on March 21, 1980, in the “A House Divided” episode of Dallas. Every member of the cast had been filmed pulling the trigger of a pistol, shooting villain J.R. Ewing, played by Larry Hagman. Even Larry Hagman pulled the trigger. The cliffhanger gripped the world prompting many powerful people to ask the show who had shot J.R. That summer of 1980 on the boardwalk in Ocean City many people my parents’ age sported hot pink tee-shirts with black letters stating, “Who Shot J.R.?” or “I Shot J.R.”

Similarly, and for my more catastrophically, another cliffhanger emerged on May 17, 1980. In the film The Empire Strikes Back, the villain Darth Vader reveals that he is Luke Skywalker’s father. As a 7-year old I had learned in Star Wars from Jedi Knight Ben Kenobi that Darth Vader had killed Luke’s father. The revelation set my brothers and I on an endless debate about whether a Jedi Knight could lie or whether Darth Vader was lying.

The fans of Dallas had their answer in November 1980. I did not get mine until 1983. The point here is that answers will emerge and what seems important in the moment fades into history. I’m not sure anyone is still hashing out either of these cliffhangers.

Similarly, current events can grip us. Eventually they will resolve and fade into history. Current events are simply the cliffhangers of history.

Every time I hear someone questioning whether something is really history, I am swept back to the salty air in the warm sunshine as my family strolled for the last time the boardwalk in Ocean City, Maryland.

Any history enterprise might use the concept of a cliffhanger for an exhibit. Think back to some controversy of the past. Perhaps when several towns debated merging their schools into a larger district. The introductory panel would set the stage of how current events are the cliffhangers of history. The exhibit could discuss the meaning of potentially losing a major part of civic identity. It could trace the origin of the idea to merge. Every player in the story could be detailed. The various meetings and media coverage of them would be important. The exhibit could unfold the developments of the debate right up until the vote. At that point the exhibit would end in a cliffhanger, just like current events do. However, since the history enterprise has thoroughly researched the story, it could also produce a book that reveals what happened. At the end of the exhibit, the public could be invited to write down what they think happened. The final element would be a tasteful sign that might read, “Want to know what happened? Buy the book in our history store.”

One of the ways history is relevant is that it helps us understand our world. Daily we face many cliffhangers – will I return once I walk out the door to work or errands? How will that load of laundry turn out? Who will be the next president? All these things will work out just like Dallas, the identity of Luke’s father, and the outcome of the school merger. Some current events may only take months to resolve as happened with Dallas. Others, like the fate of Anakin Skywalker will take years. A history enterprise can reassure the public of these things.

In a lot of ways, that stroll on the boardwalk pondering cliffhangers itself is a cliffhanger for me. I do not know how that stroll will turn out for the rest of my career.

2 thoughts on “Cliffhangers of History”