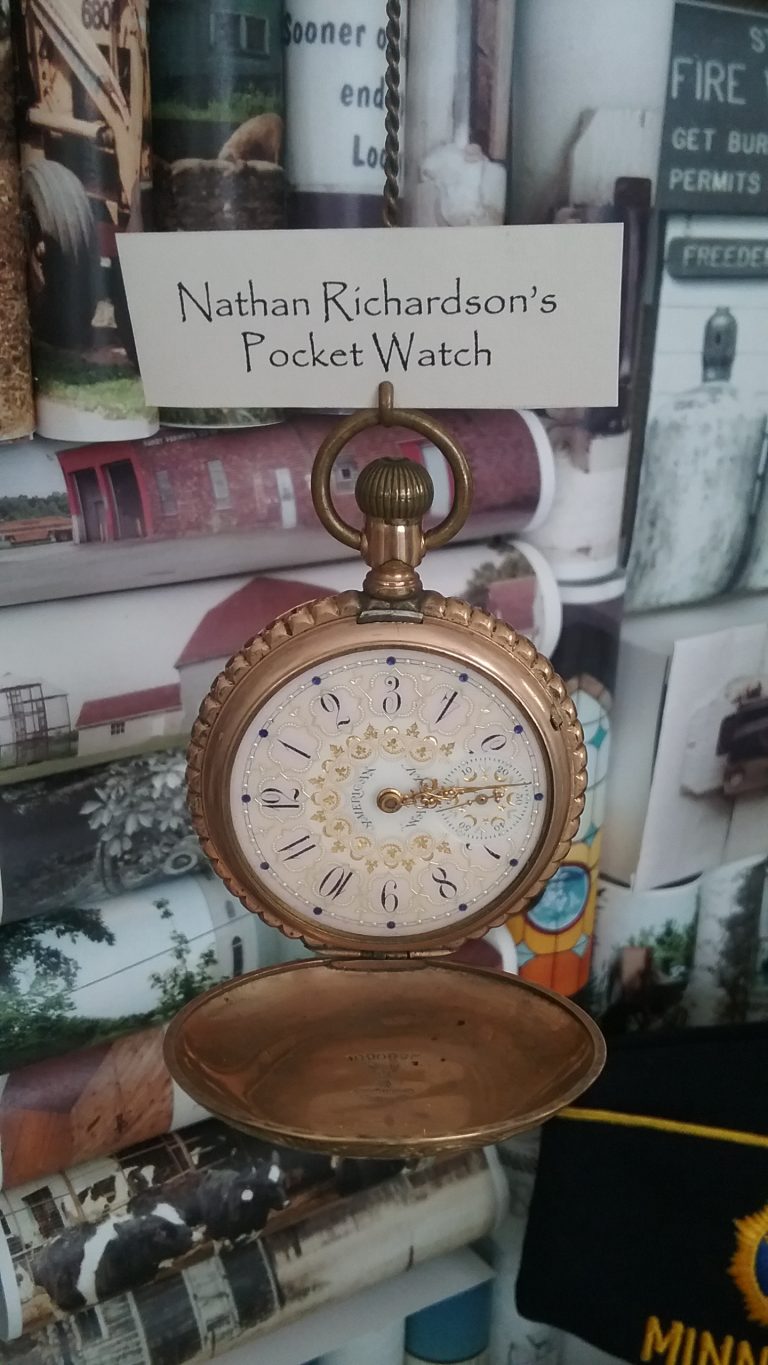 Over the weekend I watched “The Ballad of Buster Scruggs” on Netflix. This is the new Coen Brothers movie that they call an anthology because it contains six unrelated stories. Well, except they are related in that they are all westerns and feature death and lonely people.

As I don’t know where I’m going to end up with this post, I’m giving you a SPOILER ALERT right now. If this is a movie you want to see without any outside influence, leave now so I don’t inadvertently ruin it for you.

If you’ve seen the movie and, like me, can’t get it out of your head, sit a spell and read my musings.

The movie begins with a book. It’s got a green, slightly tatty cover with the title “The Ballad of Buster Scruggs.” The book is opened and you get a glimpse of the copyright page, which shows a date in the 1870s. This is a quick, partial shot, so if you aren’t paying close enough attention, you can easily miss it. (I think it was 1873, but don’t quote me on that.) Hands flip through the opening pages of the book, which includes color plates with the fancy vellum sheet over them.

If you’re a person of a certain age (read: 50 and over), you’ll recognize this kind of book as the slightly musty adventure tales found tucked away in the library or on a home bookshelf. While most public libraries have few of these books left on their shelves, you can still find them in museum libraries and archives. The vellum and color plates gave these books a quality feel, even if the stories inside were predictable, overwrought or sentimental. In the movie, each color plate has a quote from within the following chapter that explains what is being illustrated. This was typical in books of this style and era.

This book is the mechanism that ties together each of the tales in the movie, with a color plate shown to illustrate what is going to happen in the upcoming story and the final page of the book story closing each movie segment.

The hyper-realism used to shoot this film, with every detail popping on the screen, made it feel as though I could reach into the screen and pick up this book to examine it.

And, naturally, I immediately wondered if there was a book out there produced in the 1870s that was called “The Ballad of Buster Scruggs” and that’s where the Coen Brothers got their inspiration. But, no, Joel and Ethan Coen are far too creative and meticulous for that. They wrote each story separately over a 25-year span and decided they wanted to put them together in one movie because none of them were long enough to be their own movie.

Also, I made this mistake regarding their movie “A Serious Man,” in which another book, the Mentaculus, plays a starring role. The Mentaculus is a probability map of the universe and after watching the movie, I had to find out whether the Coens had referenced an existing book, like some sort of ancient mythological text or manuscript. The real Mentaculus was a lot more current. A friend of theirs wrote the original Mentaculus and the Coen Brothers had two artists, Mike Sell and Eric Karpeles, create the version that appears in the movie.

So, with this bit of history in mind, it is highly likely that the Coens had someone create a book version of “The Ballad of Buster Scruggs” for the movie, duplicating the style of books of the era, right down to the font style, vellum sheets and tatty cover.

Think about the level of detail the Coen Brothers are dedicated to within their movies if they are willing to put in the effort to have this book created.

Examining Stereotypes Within The Ballad of Buster Scruggs

In considering this attention to detail regarding a prop that is used as a plot device, I want to turn to a statement made by Stephanie Curtis, one of the Cube Critics on MPR, about this movie. She calls the movie “misanthropic, incredibly violent” and its “portrayal of Native Americans is very one note – good old fashioned western racism.” I heard her critique before seeing the movie, so I had this in mind while watching it.

When it comes to the Coen Brothers, you have to expect violence because most of their movies feature it. Misanthropic? Yep, but also to be expected. A racist and one-note portrayal of Native Americans? On the surface, this seems to be an accurate assessment, but why would two Jewish guys choose to extend a racist stereotype? Surely they understand the effects of discrimination.

According to actor Tim Blake Nelson, who plays Buster Scruggs in the movie, the Coen Brothers don’t typically talk about the themes of their movies in public. “But make no mistake, these are two extremely thoughtful guys. And, while they may do a good deal of what they do intuitively, it’s never uninformed,” he said in a recent interview.

If we look at the scenes depicting Native Americans attacking Euro-Americans within the context of the rest of the stories, it appears that the Coens are examining numerous stereotypes within western tropes. (One of these scenes with Native Americans takes place within the wagon train story and features Dakota warriors; the other is in the story about the bank robber, but the location and the Native tribe are unclear to me)

As for stereotypes, there are outlaws and gunslingers, a saloon and bank (complete with robber!), ten-gallon hats and women of ill repute, a sideshow oddity, gold diggers, a trapper with his fur cap, a man in white and a man in black, the fine, upstanding Christian woman and the timid woman crossing the prairie who turns out not to be so timid.

Even the scenery is stereotypical, with the wide-sweeping prairie full of sky, the dusty western towns with a handful of ramshackle wood buildings, and the untrammeled wilderness with brawny buck and clear stream (how did the Coens direct those minnows?). The scenery reminds me of the Manifest Destiny paintings I learned about in art history classes.

What would be the point of the Coen Brothers repeating these movie stereotypes? They must be bringing something new to the table. If you watch closely, you’ll see that all of these tropes are carried out in meticulous detail, just like the book that ties everything together. This is by design.

Jess Gonchor, the movie’s production designer, had to research these historical details, with his team going so far as to build 15 covered wagons from the ground up in the manner pioneers used in the 1800s.

Given that, what might the Coens have brought to their portrayal of Native Americans? For one, their attire was authentic. There is a close-up shot of the Sioux Chief (played by Rod Rondeaux of the Crow tribe) that shows the beadwork on his headdress. It looks as though it came directly from the era if the Native museum collections I’ve seen are any indication. There’s a scene where one of the Dakota warriors jumps from his horse to scalp a man. This was common among Dakota and Ojibwe warriors during warfare of the era. There is also a scene in which one of the warriors is hiding alongside his horse while still riding it and he pops up suddenly to attack. It’s an astounding feat of physicality.

While showing Native Americans only as warriors in the movie may play to one note, being a warrior was and is a point of pride for many Native Americans. As a percentage of their population, Native Americans serve in the U.S. military at a higher rate than other racial or ethnic groups.

By portraying old western stereotypes with hyper-realism, the Coens urge us to look at the genre and its characters from a new perspective.

Just as I suspect the movie is not advocating using people with disabilities as disposable meal tickets, it is not encouraging us to continue racism. We have to look deeper than that. Did you catch the insult regarding Poles in the final story?

Like the Irish, Catholics, Asian Americans, African-Americans, the German-Americans following World War I, and today’s Muslims, Hispanic immigrants, and other people of color, Polish people were treated with discrimination around the late 1800s to early 1900s in the United States. My great-grandfather, John Vertin, was a real estate dealer at this time and there are a couple of letters within his business collection in the museum I run regarding not selling property to Poles. The west side of Little Falls, Minnesota, was populated primarily by Poles and was considered the “wrong” side of town. My Grandpa Stan was one of those west side Poles and he married my Grandma Florence, an east-sider and one of John Vertin’s daughters.

The point is, people have been hating on The Other since before this country was founded. Misanthropic, indeed.

When a movie reflects the negative aspects of a culture, that doesn’t mean it is condoning them. Instead, movies like “The Ballad of Buster Scruggs” are asking us, “Do you like what you see?” If not, we need to change things.

Maybe I’m overthinking all of this, but, frankly, Coen Brothers movies stick with me for days after watching them because something about them (or lots of somethings) makes me think. Their use of historical genres, music, props, and settings make for profound movies, even when they appear to be retreading stereotypes. I’m going to have to rewatch “The Ballad of Buster Scruggs,” not only for the stories and meanings but to examine that marvelous book more carefully.