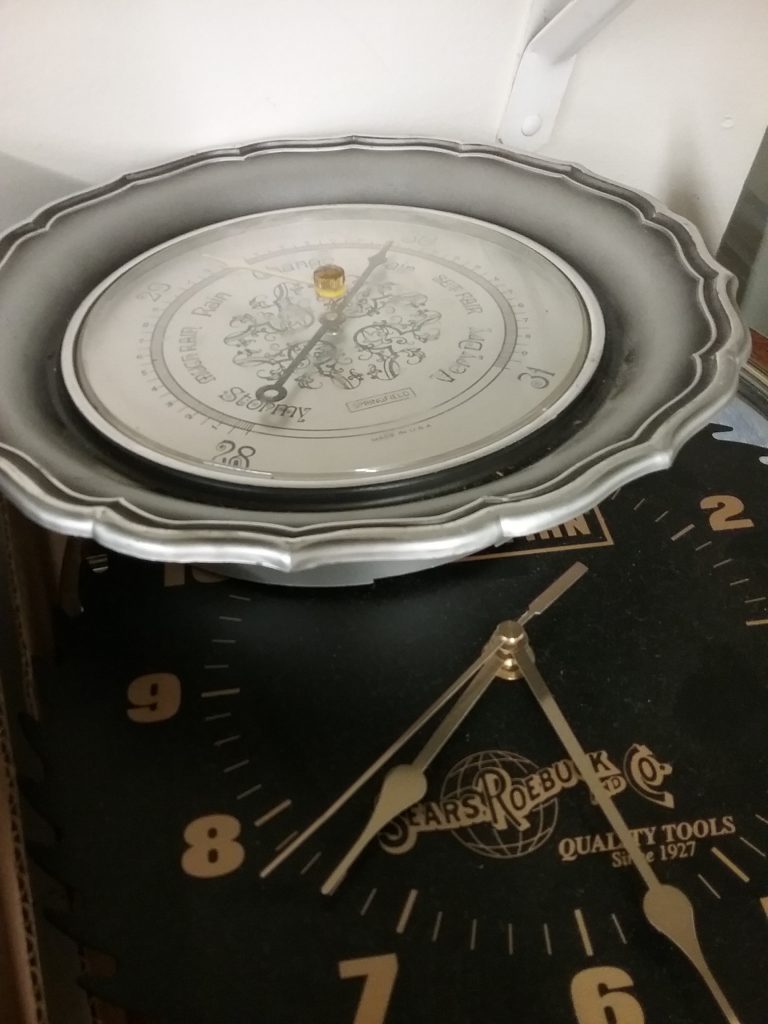 Let’s face it. Even in this age of individuals digitally capturing and sharing the minutiae of daily life, we simply can’t capture and hold all of history in order to replay it later.

Even a video camera only records what’s within range of its lens. If you are facing the lens, it’s not picking up your back. Sure, you could put multiple video cameras in a room in hopes of recording everything happening in that room, but there will always be blind spots. Plus, what’s happening outside the room?

Within some areas, this unarticulated history is glaringly obvious, such as disregarding, ignoring or denying the history of Native Americans and other people of color or marginalized groups. Conscientious historians from within and outside of these groups are working to bring more of this history to light.

However, aside from the monumental histories that haven’t been articulated, there are subtle histories that remain unarticulated that can provide important context for the stories of which they are a part.

Let me give you a couple examples of this subtle unarticulated history.

Doug Birk is a legend in the Minnesota archaeology community, having led archaeological digs around the state and pioneered underwater archaeology and other methodologies in the field. One of the sites he had the good fortune to excavate was Lt. Zebulon Pike’s fort a few miles south of Little Falls.

Pike, of Pike’s Peak fame, led a military expedition to explore the northern portion of the Louisiana Purchase in 1805/06, specifically focused on following the Mississippi River to its source. During Pike’s expedition, winter weather forced him and his men to build a fort along the river not far from the confluence of the Swan River. As with many military expeditions of the era, the journey was documented, with Pike making notes about the trip in his journal.

Following the subsequent development of the settlement of the community of Little Falls, including the harnessing of the “little falls” with 4 different dams between 1849 and the 1920s, and the construction of Blanchard Dam in 1924 several miles south of the Little Falls Dam, Pike’s fort site was flooded. Doug and fellow archaeologist Dean Anderson located the site and in 1984, with the water on the river lowered for repairs on Blanchard Dam, Doug and his team excavated the site.

When it comes to archaeology, there’s all sorts of unarticulated history within sites because historic sites aren’t typically whole, especially when they’ve been abandoned for 178 years (1806-1984) and under water for 60 years of that time. If archaeologists can get their hands on documentation related to a site, they are going to examine it carefully in order to understand what they find on-site.

Of course Doug studied Pike’s journals. This was primary source material for the fort site, the journals being examples of articulated history. But, here’s the brilliance of Doug in seeking unarticulated history. He didn’t just look at the content of what Pike had written; he looked beyond that to determine how much he had written.

By examining the pattern of the volume of his journal entries on any given day and checking moon cycles, Doug deduced that Pike wrote more when there was a full moon. Well, of course! Pike wasn’t likely to have written in the journal during the day, when he had to be traveling. He’d have waited until evening and then he was at the mercy of the moonlight. If there was a full moon, he had the luxury of writing longer entries.

Can you see how looking for unarticulated history can give us a fuller story and more understanding? Notice that the conclusion seems so obvious, but how many of us would have made the leap connecting how someone writes in a journal to the cycle of the moon?

Here is another example of unarticulated history from my own life. See if this sounds familiar to you.

Our family, like most families, has a bin of photographs, most of them featuring our children, pets, and other family members, along with vacations and special events.

When you look through our bin, if you’re paying close attention, you’ll discover that our photos end suddenly. Our children seem to be arrested in time, not getting any older. If, like a good historian, you read the dates associated with the photos, you’ll find they end around 2006. We didn’t stop taking photos in 2006, so what happened that we don’t have photos in our bin after this year?

The digital camera happened. We bought our first digital camera in 2006, so the hundreds (probably thousands!) of photos we have taken since are mostly stored on an external hard drive, with some still living on our computer and phones. Other than a handful, we have not managed to get the rest of them in print form.

If this has been your experience, what year did you get your first digital camera? Can you see how this unarticulated history could cause problems for historians in the future?

Ask yourself some questions: Based on how people commonly behave, what might they have done in this situation? What’s missing that you expected to be there? What changes in society might have given rise to this articulated history and what might be unarticulated within this same history because it was too commonplace to mention?

Can you think of examples of unarticulated history within your own life, whether monumental or subtle? Please share!