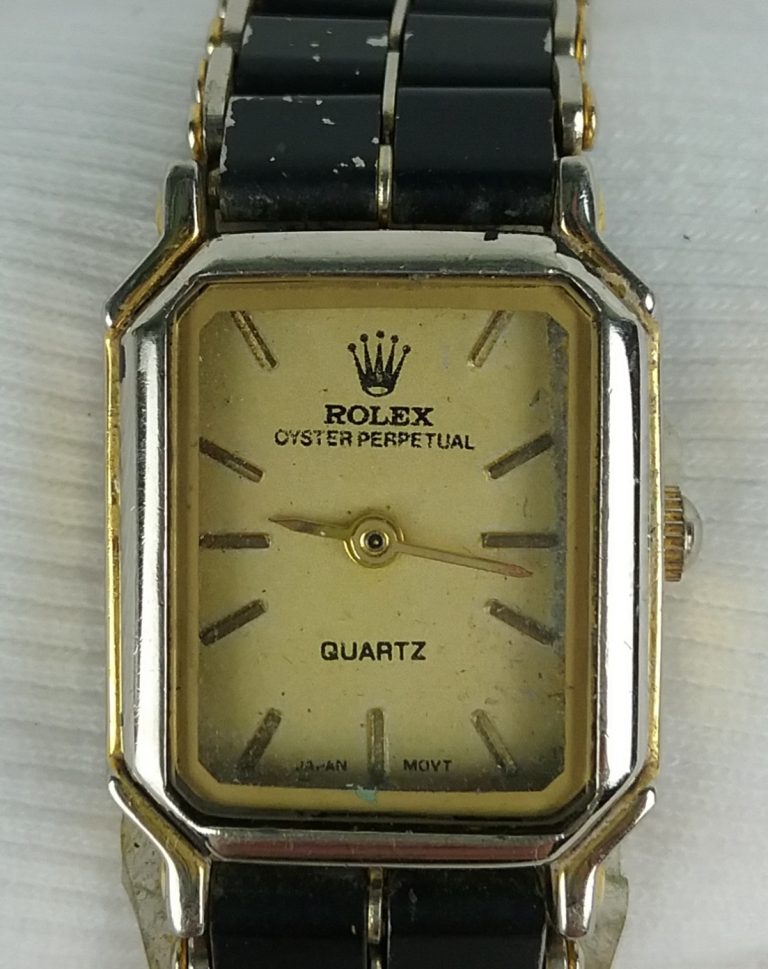 I read a fascinating article from GQ on a gang of smash-and-grab wristwatch thieves. It’s called The Time Bandits of Southern California and in it writer Amy Wallace details how law enforcement cracked the case of a series of wristwatch burglaries at high-end retailers in California. The thieves targeted expensive wristwatches so they had a greater chance of a high monetary return on the risks they were taking.

The article lists a number of brands of wristwatches that I am unfamiliar with: Omega, Tissot, Longines, and Audemars Piguet. I had, however, heard of Rolex. When I was a kid, Rolex was THE luxury brand of watch. Only the wealthy had Rolexes.

Heck, when I was a kid, having any kind of a wristwatch was a big deal. You had to prove you were responsible enough to care for a watch before your parents or grandparents would give you one, usually somewhere between 4th and 7th grade.

Timex watches were relatively expensive at that time, so they weren’t typically given to kids. My dad also talked about Elgin watches being something special. In looking up Elgin watches for this post, I discovered that the company ran from 1864 to 1968, closing the year after I was born. As the name lives on, I suspect some other company bought the brand and continued manufacturing watches using the name.

I’m kinda surprised that wristwatches remain a thing. With most of us running around with smartphones, which have built-in clocks, why would anyone need a wristwatch? But, apparently consumers still enjoy watches and the fashion message they send. I have to admit, while I don’t wear a watch, I certainly enjoy ogling them in stores. They’re so handsome!

And, then, too, if you wear a luxury watch, you’re also signaling your status with it.

After reading the Time Bandits article, I wanted to find out the prices on some of these high-end watches. How could 26 Swiss watches have a value of $600,000? Dear heavens, that’s an average price of $23,076 per watch! Are there wristwatches that cost that much? Really?

A quick Google search, which was not exhaustive by any means, returned the following prices for watch brands mentioned in the article:

Rolex Pearlmaster 39: Price on request (Because if you have to ask, you can’t afford it. — If you must know, it’s made of gold and encrusted in gemstones.)

Yes, Rolex remains THE luxury brand of watch, but Audemars Piguet is right up there with it. With prices like these, no wonder the thieves targeted these brands.

In contrast, a nice Timex costs between $75 and $210 … still a hefty price for a kid’s watch, but pretty reasonable for an adult watch. Timex also sells cheaper watches, suitable for both irresponsible kids and adults. And there are plenty of other fashionable inexpensive watches that look cool without making you apoplectic about losing them because of their price.