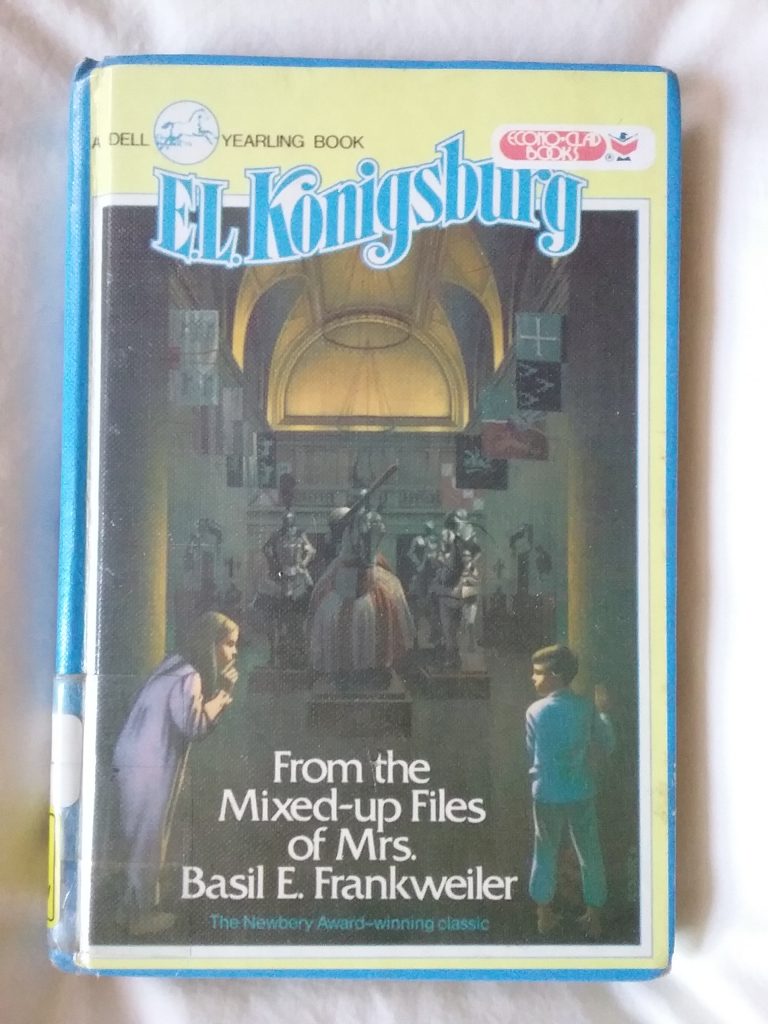 After getting off to a slow start, with my parents called in to school when I was in first grade because teachers were concerned I wasn’t picking up reading quickly enough, I have been a voracious reader most of my life. My memory is fuzzy on this point, but I think my interest in reading kicked into high gear around third grade and by the time I was in eighth grade I was an advanced reader. Which goes to show that schools need not get their undies in a bunch if all students aren’t tracking the same skills and interests at the same ages. Some of us just need a little more time. (By contrast, my older brother started reading when he was 4.)

I loved visiting the public library (still do) and my library card was well used. I checked out stacks of books at a time from the children’s section of our Carnegie Library.

The children’s area of the library was in the basement, accessible to the public by a spiral staircase, if you can believe it. If I think back to the space, there weren’t that many books in it. Within a few years, I had pretty much gobbled up most of what the children’s section had to offer. I had to get permission to check books out of the adult section upstairs, which also required people to walk up a second staircase inside the building, just inside the front door vestibule, which required climbing up a steep set of stairs on the outside of the building. (The spiral staircase was accessed off to the right of the entry vestibule.) I have no idea how people in wheelchairs used the library when I was a kid. Thankfully, the library was eventually redesigned, expanded, and made fully accessible on all levels with an elevator.

A Wrinkle in Time series by Madeleine L’Engle

The Secret Garden and A Little Princess by Frances Hodgson Burnett

Little Women by Louisa May Alcott

Little House on the Prairie series by Laura Ingalls Wilder

Nancy Drew series by Carolyn Keene, a name used for various ghostwriters of the series

Various books on crafts – I made a marionette by following the instructions in a book I found in the children’s section at the Carnegie Library.

Once I ventured into the adult section of the library, I read Sherlock Holmes and a lot of Agatha Christie (mysteries were obviously a favorite), plus whatever else struck my fancy. I read fiction and nonfiction with equal fervor and still do.

With all the reading I did as a kid, I was surprised to learn of a book that I had never heard of, one that was published the year I was born. Three museum colleagues mentioned the book recently with gushing praise. Apparently, the book affected them so much that it was a factor in them working in the museum field.

The book is From the Mixed-up Files of Mrs. Basil E. Frankweiler by E.L. Konigsburg. I had to check it out. I turned to (where else) the Carnegie Library and ordered it. Once it arrived, it took me all of three days to read. I was enthralled. I thought I’d be able to predict what was happening, but I couldn’t, which is a sign of a good story for me. There was one point that, as a museum person, I thought the author had biffed, but the author explained it in a believable way and saved the story.

I can see how this book drew people to the museum field, but I remain baffled as to how I missed it while scouring the children’s section of the library all those years ago. This book won a Newbery Medal, for goodness’ sake!

No matter that I missed it then. Children’s books are worth reading at any age.