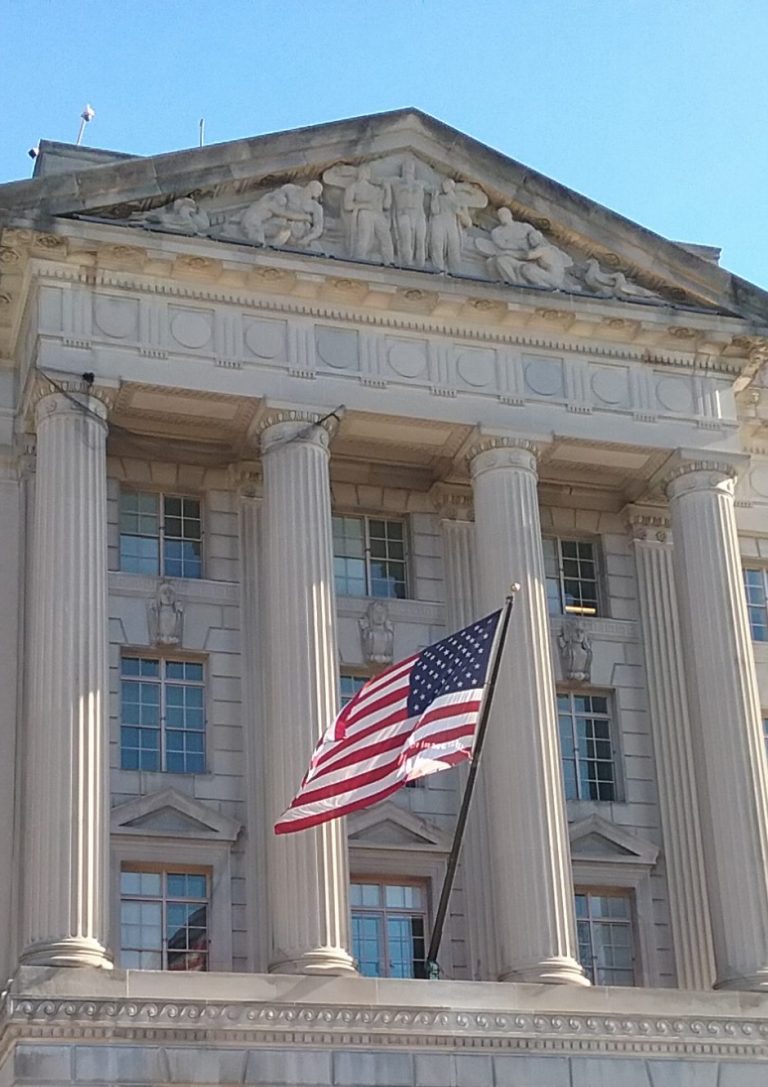 Today is Flag Day in the United States. I thought it was Father’s Day, but that’s next weekend. My days are all messed up with working from home because they just run into one another. I can see why holidays are so important for marking time.

I don’t typically pay much attention to Flag Day, but as circumstance would have it, I was thinking about the U.S. flag a couple of days ago. Here was the progression of my thoughts (probably while I was doing dishes because this seems to be the sort of thing I’d be thinking about while doing the dishes):

1) The giant fence Donald Trump has put around the White House to keep out citizens is being covered with memorials to George Floyd and the other black men and women who have lost their lives by police violence.

2) Aren’t the memorials great? The people are reclaiming the White House that belongs to us and broadcasting a message of racial justice.

3) Most of the folks putting up these impromptu memorials must be from the Washington D.C. area.

4) Why isn’t Washington D.C. a state already? They deserve representation.

5) And why isn’t Puerto Rico a state?

6) If they become states, we’re going to need to update the flag. That would mean adding a couple more stars.

7) But, if we’ve got to add a couple more stars in the already-crowded blue field of stars, why not just redesign the whole flag?

[Time for a thought experiment.]

[Before you get your undies in a bunch at the thought of redesigning the U.S. flag, it has been redesigned many, many, many times before.]

Well, it’s got the 13 red and white stripes that represent the original 13 colonies. Why do we need to represent those on the flag, especially because it was through colonization that the Native peoples were displaced?

Why don’t we redesign the flag with a sense of our best values as a country in mind? Equality would be a good place to start. While we’ve never been equal in terms of treating all people, no matter their race, gender, religion, ethnicity, & etc., equally, it’s still a value most of us want to work toward.

Keeping a star for each state still seems to be a good idea because of E pluribus unum (“out of many, one” – our country’s motto). So, the 50 stars, plus any we might need to add, could be the basis for a new flag. But what colors do we use? Do we stick with red, white and blue? What colors might be important symbols for Native people? How could their history with the land be incorporated into a newly designed flag? And what about the history of Black people in this country? Their struggle for freedom ought to be a guide for upholding the freedoms of all citizens.

I’m not much for design-by-committee, but if we want to represent equality, E pluribus unum, freedom, and other values we all hold dear in the flag, could a diverse group of artists create an attractive flag that would better symbolize the country, helping to unify us?

That’s where my thought experiment landed me. Lots of questions, with the biggest one being, does the U.S. flag really represent all of us? It doesn’t yet represent Washington D.C., that’s for sure, and that’s where my whole line of thinking started.

Alas, no answers, but sometimes you have to question the most fundamental of things in order to think differently and change the status quo.

1 thought on “A Thought Experiment on Flag Day”