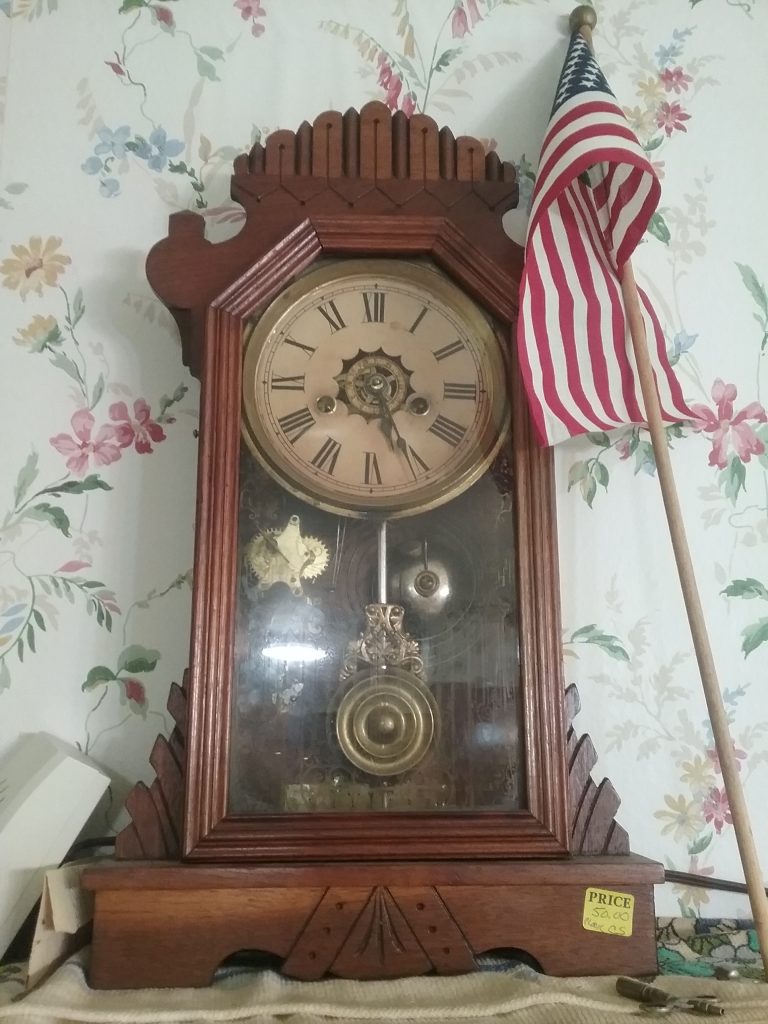 When I started The Pragmatic Historian, I knew there were plenty of other pragmatic historians out there using history for practical purposes and I wanted to be able to feature some of them here, either through guest posts or interviews. My wish has come true. This guest post, which draws on history from the days of the U.S. Revolutionary War, was written by David Grabitske.

I’ve known David for probably 20 years, meeting him through the Field Services department of the Minnesota Historical Society. He traveled throughout the state, ever at the ready to assist local history organizations with whatever technical advice or moral support they needed.

David is now with the Texas Historical Commission as Site Manager for the Landmark Inn. He is putting into practice the many things he learned through Field Services and his other life experiences (he has a Doctorate in Business Administration, too) to increase attendance at the site in a few short months. His history is using history to help grow the history field. – MW

“Here we amused ourselves with examining all that was curious; among which were some old trees which had been wounded in the Revolutionary War, and still contained the shot embedded in their trunks.” – Lydia B. Bacon, 1856

All that was curious. Lydia Bacon was not traveling on vacation in 1811 when she noted trees with Revolutionary War wounds. Instead, she accompanied her husband, Lt. Josiah Bacon of the Fourth United States Infantry, as his regiment relocated from Connecticut to Ohio. Her travel unfolded before the ominous backdrop of her country careening toward a second war with Great Britain. Stopping briefly at the Brandywine Battlefield, Lydia could commune with her fellow Americans crushed by the world’s great superpower in 1777. The long odds of success in a second war with Great Britain needed assurance of a path forward.

History Is the Collective Experience of Humanity

History is all. History is the collective experience of humanity – good, bad, indifferent, unfamiliar, contested, valuable … valued. How and that people use history sets communities apart from those that neglect to use the power of history to transform lives. Lydia valued the opportunity to examine the old trees that bore witness to a similar time to the one in which she lived. Though Brandywine was a dark time, the outcome of the war was far happier for her country. History as the collective experience of humanity then becomes a library of solutions that can – and ought to — be consulted. Its good emulated. Its bad assiduously avoided. Its indifferent reconsidered. It unfamiliar made known. Its contests embraced.

Summoning the Spirits of History

“When a member of the Mende encounters a situation where there appears no hope at all, he invokes his ancestors. … Mende believe that if one can summon the spirits of one’s ancestors, then they have never left, and the wisdom and strength they fathered and inspired will come to his aid. … James Madison; Alexander Hamilton; Benjamin Franklin; Thomas Jefferson; George Washington; John Adams: We’ve long resisted asking you for guidance. … We’ve been made to understand, and to embrace the understanding, that who we are — is who we were. We desperately need your strength and wisdom to triumph over our fears, our prejudices, ourselves. Give us the courage to do what is right.” http://www.americanrhetoric.com/MovieSpeeches/moviespeechamistadjqadams.html

Adams’ appeal to do what is right focused on freedom for Sengbe Pieh (Joseph Cinque), a Mende man kidnapped in Africa and brought as a slave to Cuba. Adams and Pieh and others involved in the case consulted their ancestors, their library of solutions. Who the Bacons were, is who their Revolutionary ancestors were. Lydia examined all that was curious and in so doing summoned the spirits of history. She sought their guidance as a second conflict loomed. In 1856 as Lydia recounted her experiences in the War of 1812, she did so in the shadows of a looming Civil War over slavery. She became a conduit of American courage to do what is right. Who the Civil War generation was, is who had come before. Who we are today is who have gone before. Those that have gone before “have never left” if we use their inspired courage to face difficult, uncertain decisions.

One of the most potent uses of history is to transform fear into courage. When we ask for guidance from the past it is to know what questions they were asking, what questions they wished they had asked, how evidence was deposed and weighed. Knowing these questions, we can compare with the set of questions we’ve asked so far in deliberating the decision before us, and then adjust accordingly.

One of the least productive uses of history is to give in to our fears by erecting barriers and attempting to stop change. For years I worked Field Services, one of the oldest public history professions dating back to 1896. Every year a half dozen or more historical societies might organize, and too many did so as a defensive mechanism. They wanted to set in place the more active years before decline, or the quieter years before relentless suburbanization set in, or some other change. This use runs contrary to the very essence of what history is: the story of change. If things stop changing, then we in the history business will be out of work. Giving in to fear and using history defensively will become self-defeating. Lydia Bacon chose to call upon the past for courage as she marched west in 1811 and to convey courage to those in 1856 marching toward Civil War.

Ask the past for guidance. Take courage and convey courage. Use history to make a brighter tomorrow.