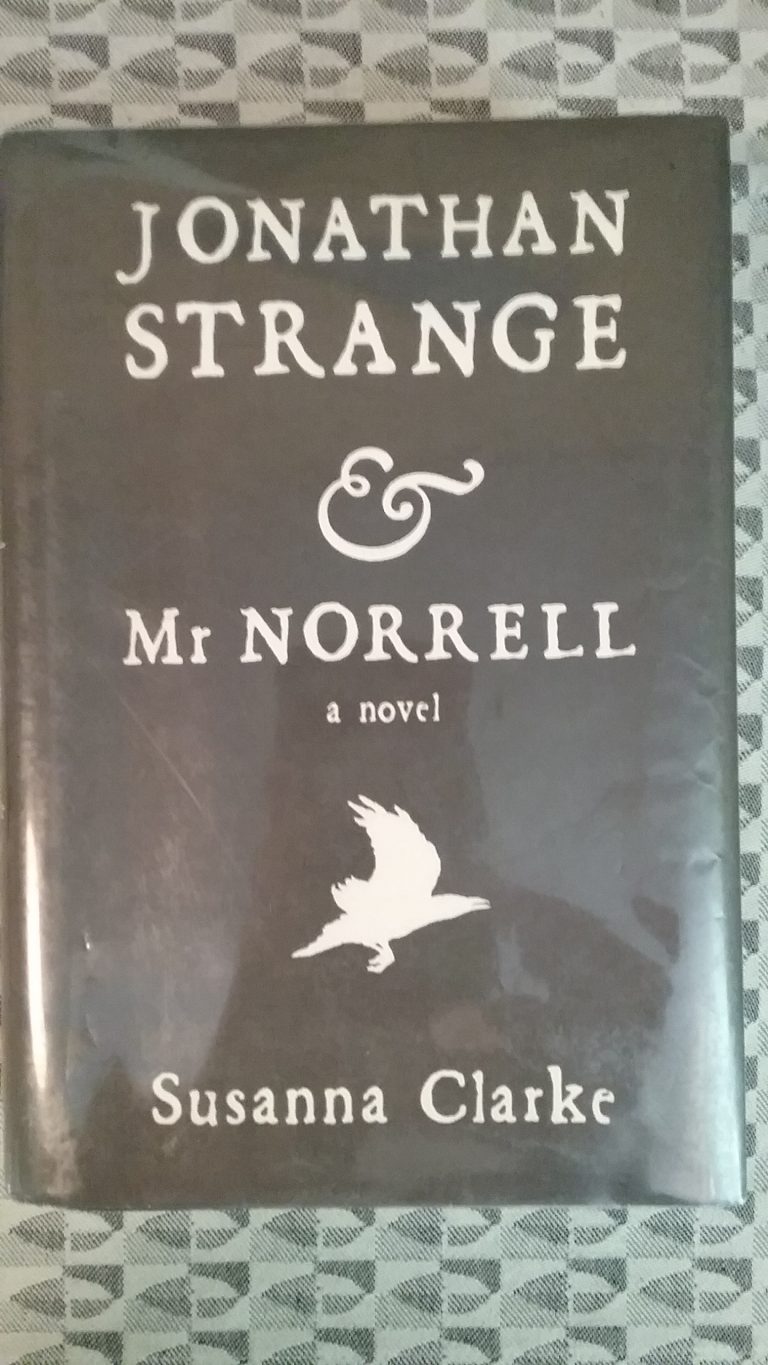 I don’t read as much fiction as I probably should, particularly because I would like to tackle writing a proper novel one day. I’m drawn to nonfiction and there is so much good nonfiction out there that I never seem to run out of informative books to read. Fiction feels like a luxury to me, so it’s harder to set aside time to read it. I also know that when I read fiction, really good literary fiction, I get sucked into the story so deeply that I can’t do anything else until I’m finished with the book. I can set aside nonfiction and do other things. Not so with good fiction.

I spent the end of 2016 reading the Harry Potter series, which is quite a volume of fiction for me, and figured I wouldn’t find another captivating novel for a while. How wrong I was.

Strangely, the novel I just finished reading came to me via a 7-part television series from the BBC. Normally, when a book is made into a movie or series, I avoid the screen version until I’ve read the book because the book came first and I want the author’s vision unsullied by a director and producer’s translation of that vision.

My youngest son and I found Jonathan Strange & Mr Norrell on Netflix and decided to watch the first episode. I was hooked immediately because of the story line and the beautiful production, After watching a couple more episodes, I knew I had to read the book, just to see whether the series was true to what the author had written.

I have not yet finished the television series, but I checked the book out of the library and made my way through this weighty tome. Jonathan Strange & Mr Norrell (no period after titles by design) is the first novel of Susanna Clarke and it is close to 800 pages long. I first spotted the novel at the library many years ago (copyright 2004) but passed it by because it is so fat. I’m very glad I found it again, thanks to that BBC series.

The basic plot is that practical magic (as opposed to theoretical magic) has died out in England by the early 1800s. Mr Norrell is a practical magician who wants to bring magic back to England, but he wants to be the ONLY person practicing magic. He thinks it’s too dangerous for just anyone to practice magic. Plus, he thinks very highly of himself and his library, which is filled with the majority of magical books in England. He is a book-learned practical magician.

And then along comes Jonathan Strange. Isn’t that a great name? Jonathan is a shiftless upper class man who doesn’t know what to do with himself. After receiving a prophecy that indicates he is a magician, he realizes that he is a natural at practical magic. He ends up being a student of Mr Norrell’s, but problems develop in their relationship. Complicating matters is “the gentleman with the thistledown hair,” a Faerie who keeps stealing human souls into the Faerie world.

The book is a wonderful combination of old English novel and fairy tale, a style I am taken with. The plot is complex and unpredictable, like life. The characters are well-drawn, which is helpful for understanding the TV series. When I read some of the character descriptions, I was able to identify characters within the series for which I hadn’t picked up names. The actors in the series did an excellent job of adapting Susanna Clarke’s characters to the screen.

Now that I’ve finished the book, I need to finish watching the series to see if the two diverge in their conclusions. I’ve seen a few subtle differences already but the overall feeling of both is identical.

Jonathan Strange & Mr Norrell is a fantastic novel that has been wonderfully adapted to the screen. What more could I ask for?