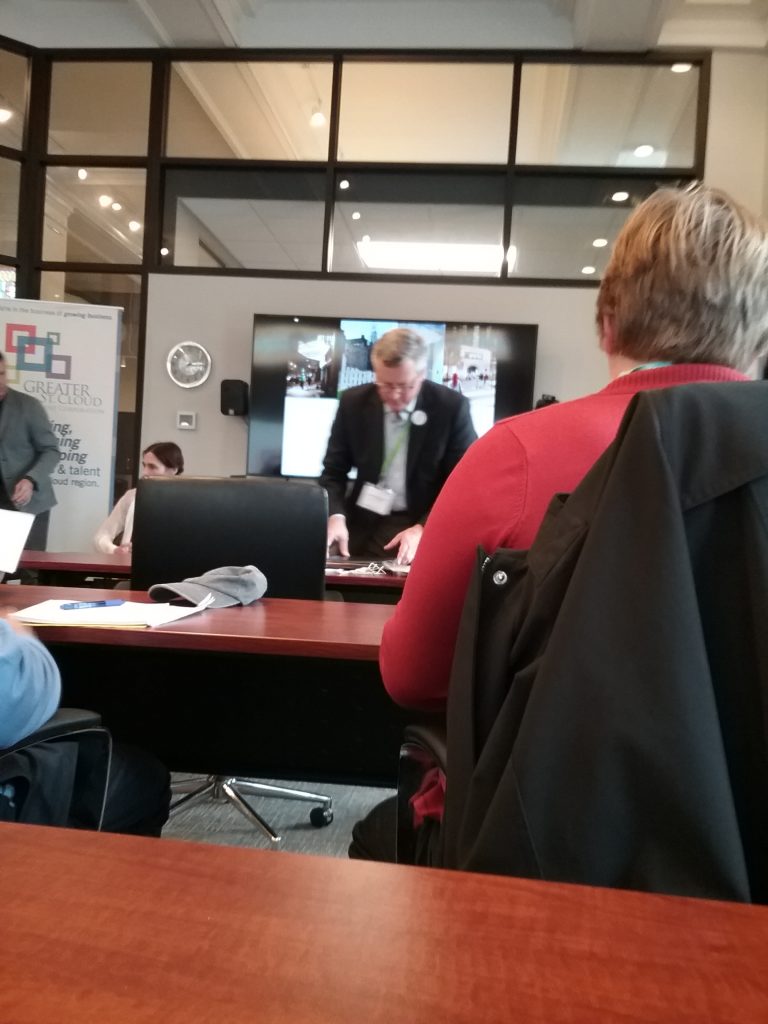 There was a table with sticky notes and we were asked what we thought the most pressing concerns were in regards to historic preservation that should be addressed in the plan. We were to write our thoughts on the sticky notes and post them on the easel board provided.

As a member of the State Review Board, I had already been asked to provide ideas for the new Statewide Preservation Plan, which I did via email and phone survey. I’ve shared quite a number of ideas, including some wonky ones related to policy, but, really, climate change is my top priority. It has become so critical that it should automatically be added to any planning documents by government agencies and organizations.

Why? Because we are already feeling the effects of climate change and if we don’t do something NOW, they are going to get much worse. What flummoxes me is seeing municipal planning documents that don’t include it at all. Like, if planning officials ignore the problem, it’ll just go away.

Until it doesn’t and they are blind-sided by the tremendous costs.

My daughter works for a reinsurance company as a risk analyst who handles Florida hurricanes. Talk about being at the forefront of climate change! Using weather model data, they have to try to predict whether and where hurricanes will make landfall and estimate the cost of potential damages based on the size and strength of each hurricane. When Hurricane Dorian was active over Labor Day weekend, my daughter was on-call and monitoring it, so she could keep clients updated. Pretty amazing work. (Can you tell I’m immensely proud of her?)

She said that because of the rise in sea level due to climate change, residents who live on the coast in a particular Florida city are seeing their ocean-side drainage pipes back up with excess water. Because the pipes can no longer drain, a significant amount of water is backing up onto the shore. The city is looking at how to fix this and are facing major costs that haven’t been budgeted.

That’s the sort of thing that happens when municipalities or organizations ignore climate change in their plans. Or, perhaps they included climate change, but didn’t extrapolate the many possible effects by thinking like a historian or futurist. It’s all in the details.

The Impacts of Climate Change on Historic Preservation

Later during the Preservation Conference, I was approached by a SHPO staff member who said she wanted to talk to me later about climate change for the Statewide Plan. She wanted to know what effects we were seeing on a local level. As soon as I got home that evening, I jotted down a long list of thoughts related to how climate change will affect historic preservation, which I present here.

Now over to you. What local effects are you seeing related to climate change and how are these changes affecting buildings and structures? How are these effects changing people’s behavior?

This is an activity best done in small groups because you can bounce thoughts off of each other. My husband helped me compile my list. Please share your observations in the comments.

And remember to take the survey related to the new Statewide Preservation Plan, which will cover all aspects of historic preservation in Minnesota. This is a great way you can be civically engaged.