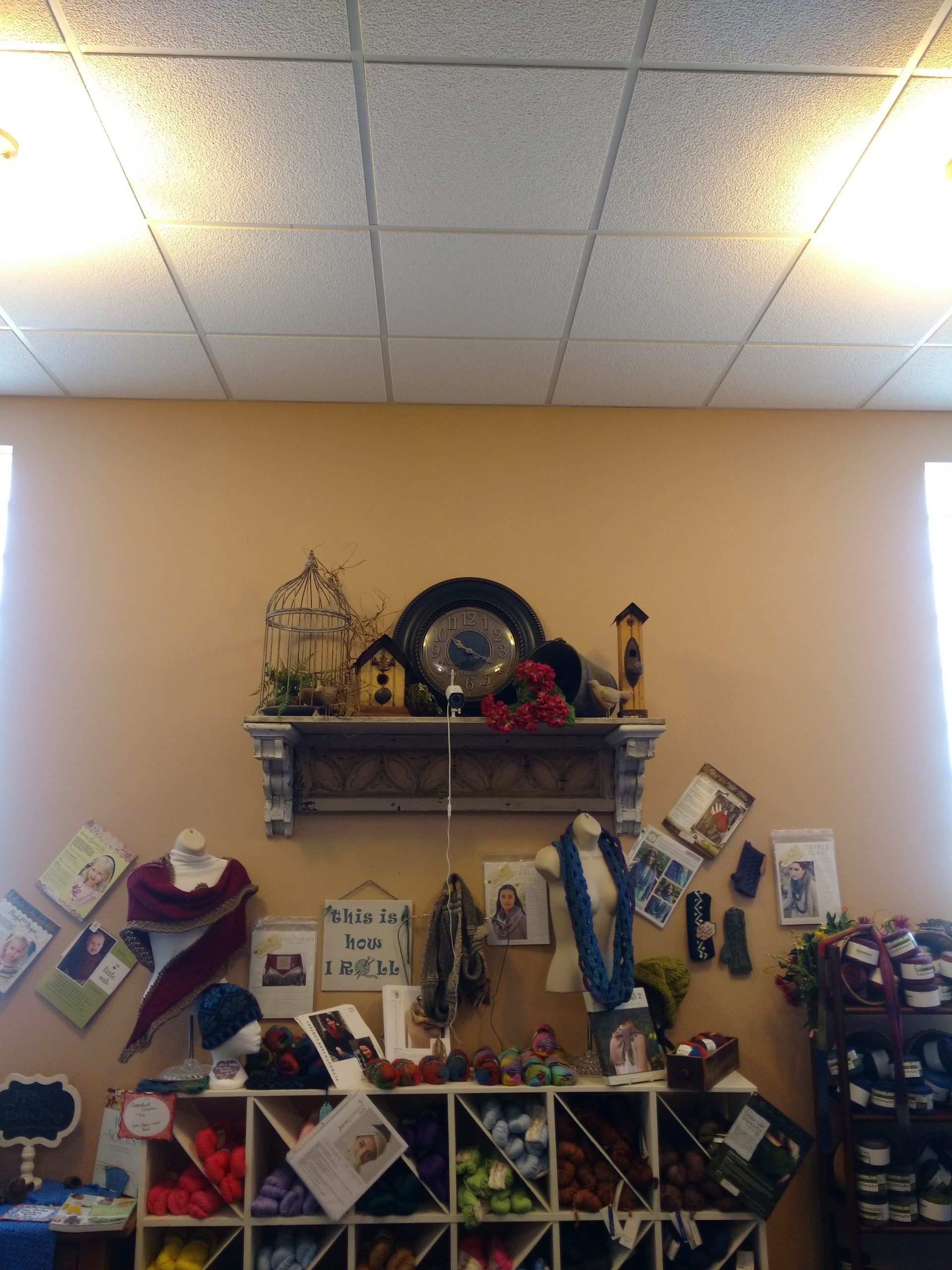 When I put together my history bucket list on The Pragmatic Historian, I included as one of the items “Watch fabric dying and weaving within an old mill.”

Well, I haven’t been able to watch the processes of weaving and dying fabric within a mill, but I did have an opportunity to take a tour of a woolen mill.

Not far from where I live, in Randall, Minnesota, is a fiber arts mecca that started a number of years ago when a mother/daughter duo opened a quilt shop in an old creamery. Appropriately enough, the business is called The Old Creamery Quilt Shop, with the red brick creamery providing a striking location for the fabrics and sewing notions inside. Upstairs within the two-story building is a weaving studio and classroom. (So, I guess I did get to see some weaving within an old mill, er, creamery. 😉 )

The woolen mill was open for tours as part of the Weaving Waters Fiber Arts Tour in the fall of 2018. I simply had to go.

During the tour, which was packed, Janelle Johnson, the daughter in the mother/daughter duo that owns the quilt shop and mill, explained the process for taking raw wool and turning it into yarn or batting. The mill is a small operation that specializes in turning the wool of individual producers into products that get returned to those producers. So, if a person has a small flock of sheep and wants yarn made from the wool of those sheep, The Old Creamery Woolen Mill does that, keeping each customer’s wool separate from that of other customers. Janelle explained that very large mills, many of which closed down in the 1990s, take in wool from lots of producers and mix it all together, so there’s no way an individual producer can get products back from their own sheep.

Janelle said that small woolen mills like the one in Randall can be found in most states and there are getting to be more of them. This reminds me of the beer industry, with the large producers consolidating businesses and products until craft brewing enthusiasts decided to start opening their own micro-brewing operations, which has led to an explosion of small breweries. We’re at the start of a micro-woolenry trend.

I took a number of photos during the tour, but likely won’t do justice to describing the process or the names of the machines, but here goes.

Janelle told us that they do not give tours when any of this equipment is operational for safety reasons and because the equipment is loud. When it’s operating, all the staff wear earplugs or earmuffs. No one would be able to hear on a tour, which is why I didn’t get my bucket list item fulfilled exactly, but this was close enough.

Btw, the clock that serves as this blog post’s featured image is from inside The Old Creamery Quilt Shop.